Because Edward regularly returned to Nyack to visit his sister Marion, he would have seen the radical changes to his hometown: the first  cars, the building of the Tappan Zee, the various urban renewal projects. The following pictures and notes are included to help illustrate some key locations and points in history. 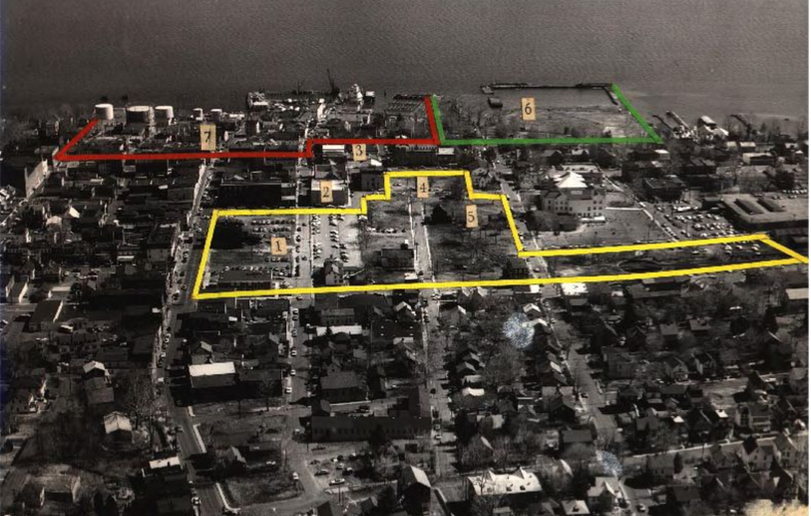 This circa 1960 view of Nyack is highly unusual. Taken from the west and above the village, it shows in red, green, and yellow, areas which were to be transformed by the urban renewal project. Two waterfront areas are included. The gas tanks of Standard Oil and others are at the left. Memorial Park is on the right. The yellow area is the largest and is where much sub-standard housing was located. Note that the Liberty Street School is not included in these plans. Courtesy Winston C. Perry Jr. Collection, Nyack Library. 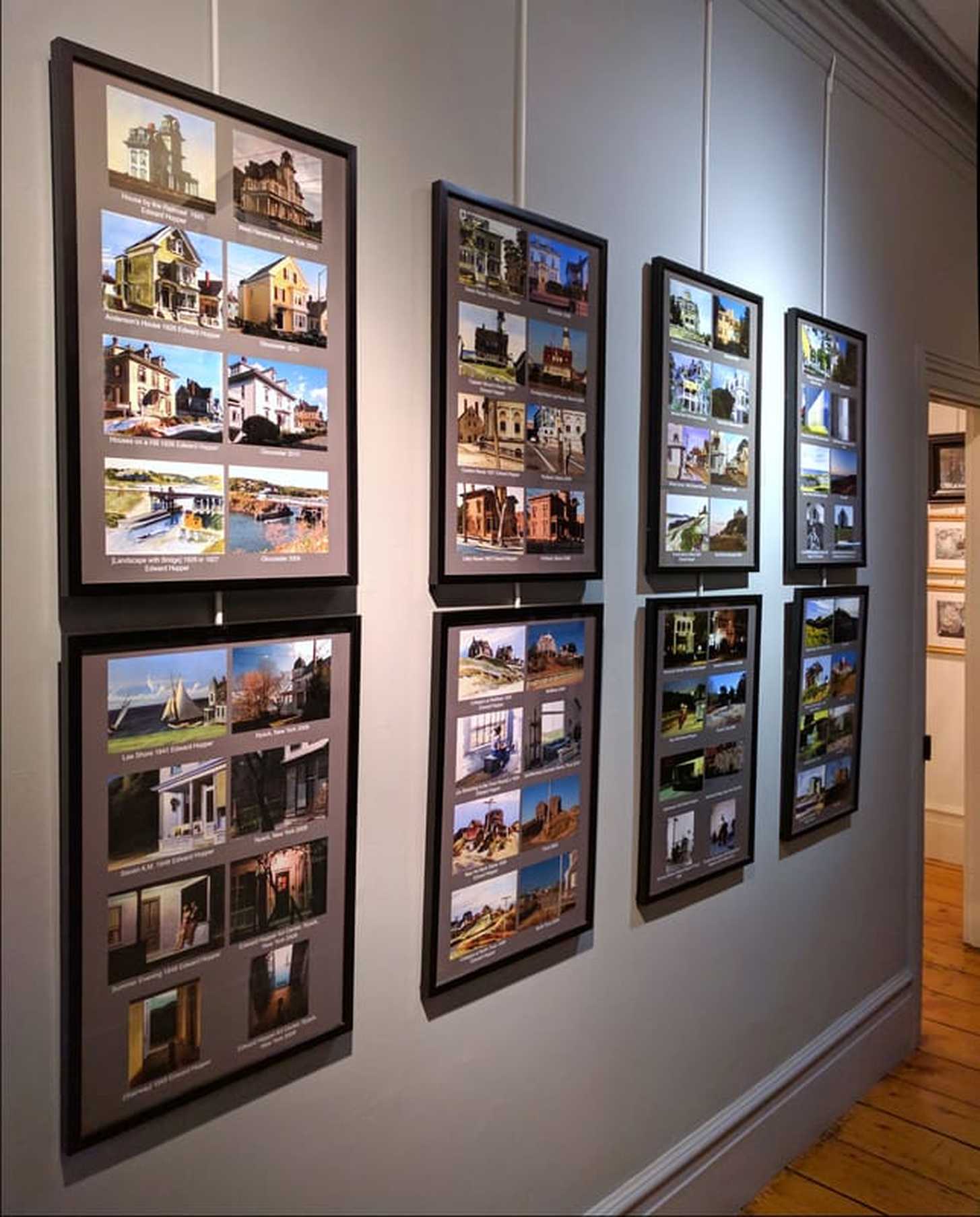 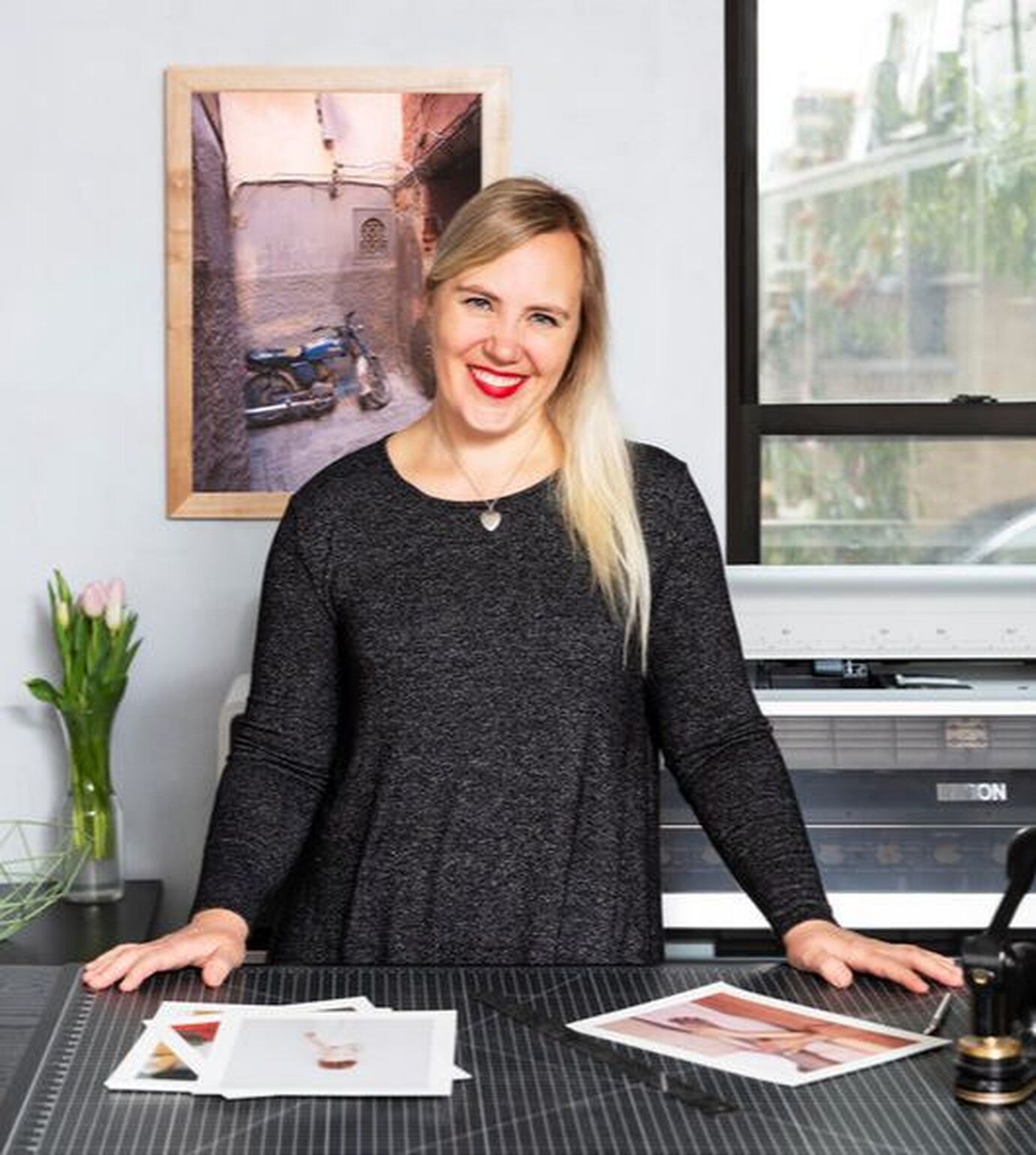 Sunday, March 8, 12-1pm:  Second Sunday Family Workshop invites you to join Patricia Barrett and learn how to make cyanotypes.  Cyanotypes are one of the earliest photographic processes.  Patricia worked exclusively as master printer and archivist with photographer Rodney Smith for over 16 years.  Her prints have been displayed in myriad museums and galleries around the world. Patricia has an in depth knowledge of both darkroom techniques and digital processes.
​
"Patricia is the most masterful printer I know.  I studied the art of black and white printmaking for many years, and Patricia has far surpassed my ability.  Her presence is in every picture I produce, there for all to see...Patricia, my steadfast associate,  has been making the most beautiful prints imaginable.  Without her support and skill there is no photograph.  I see the picture; she makes it real."              - Rodney Smith 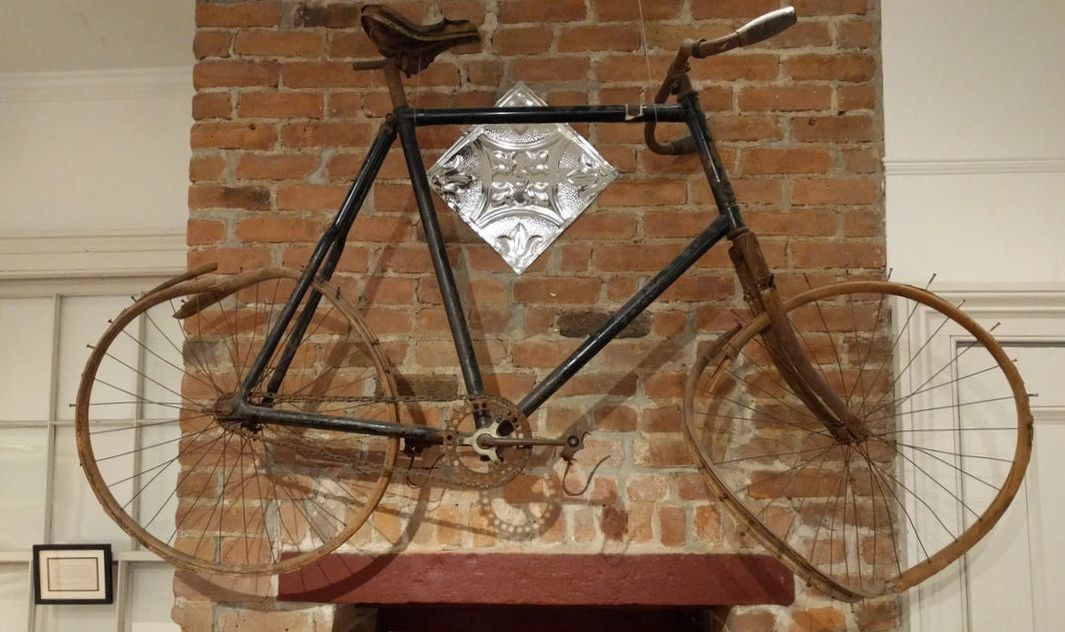 Edward Hopper's Bicycle
Arrange, layer, find, and feel. Create your own texture rubbing using materials featured in the photographs of Rodney Smith – like leaves, bark, stone – and around the Edward Hopper House, such as fabrics, bricks, wood trim, even rubber from a bicycle tire! After families create compositions by rubbing over these textures, they may participant in a scavenger hunt to find each material in the house or photo exhibition. 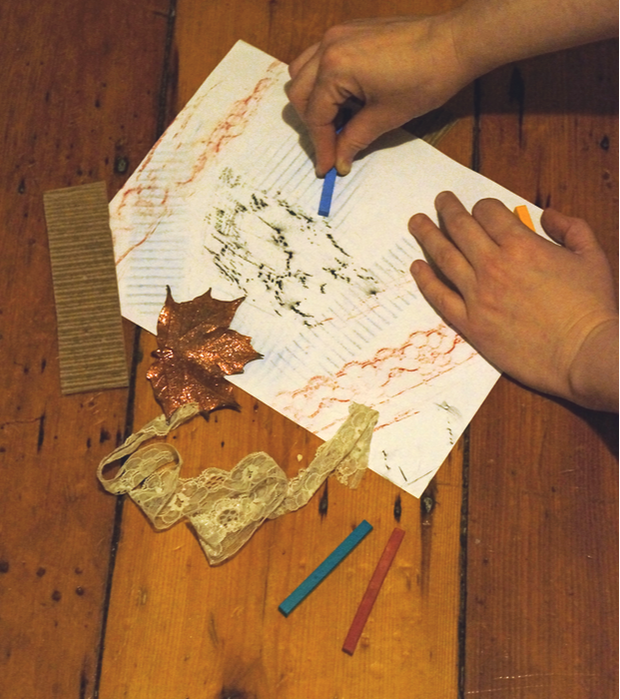 Before creating paintings, Edward Hopper made careful sketches of what he observed. Come sketch people and rooms in the Hopper House, and then add watercolor and details in the Art Lab! Family members can work independently, or adults can sketch and children can add watercolor.

Please note: The Edward Hopper House does not have bathroom accommodations for a large groups. As an historic house, the Museum has only a single stall accessible bathroom.
﻿Group Tours are not being offered at this point in time due to safety concerns regarding COVID-19.

﻿Special resources may be made available to school groups. Click here to complete Tour Request. 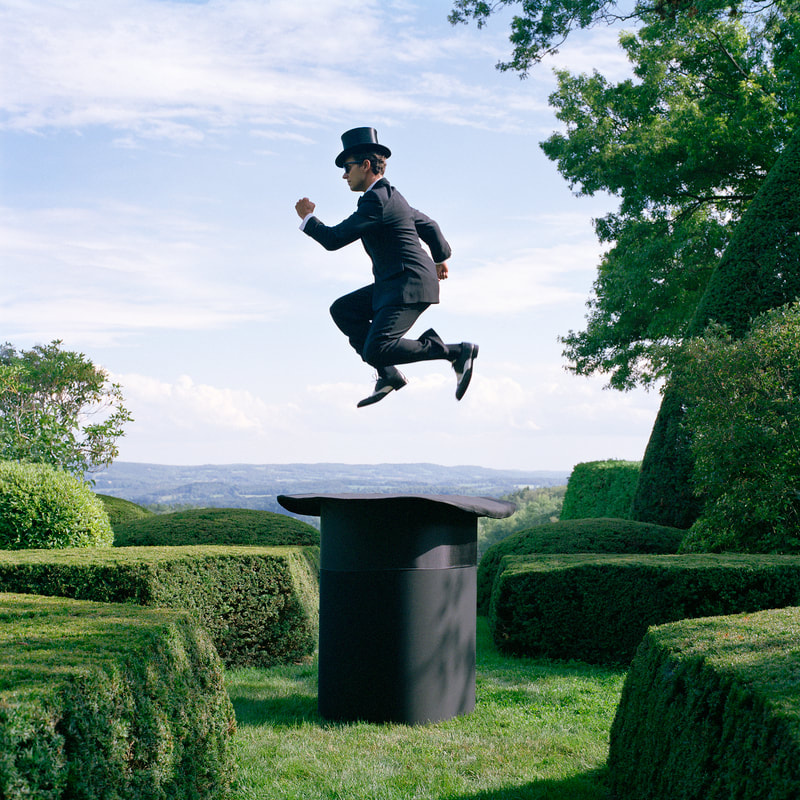 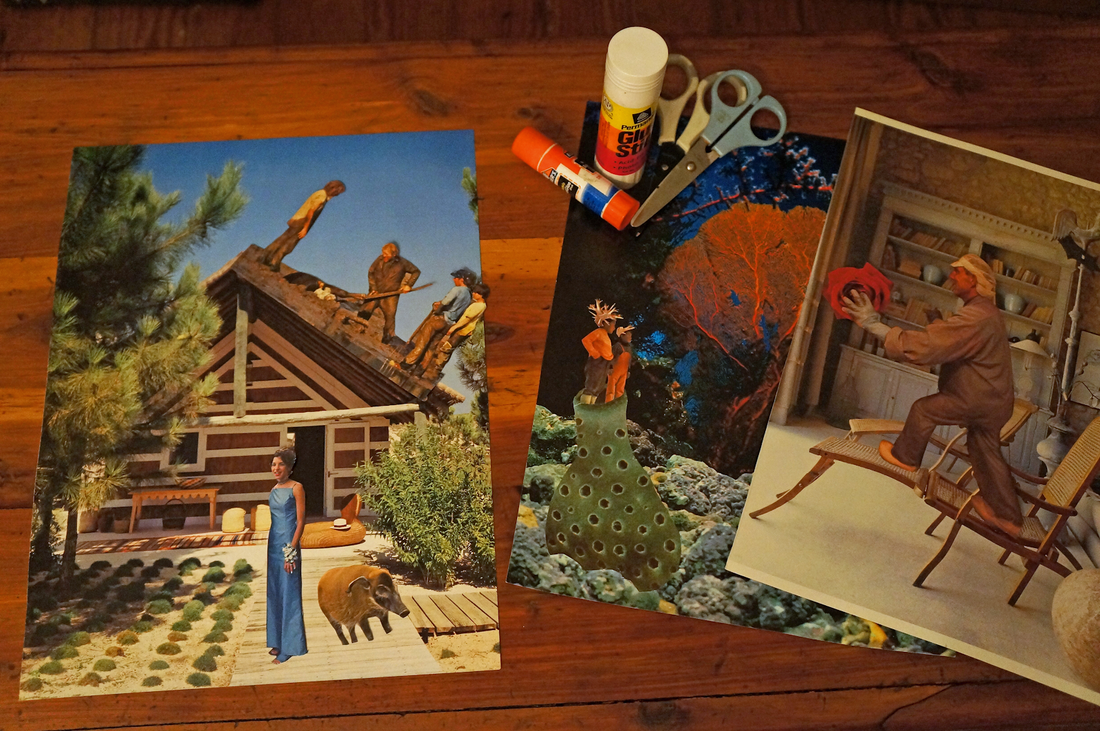 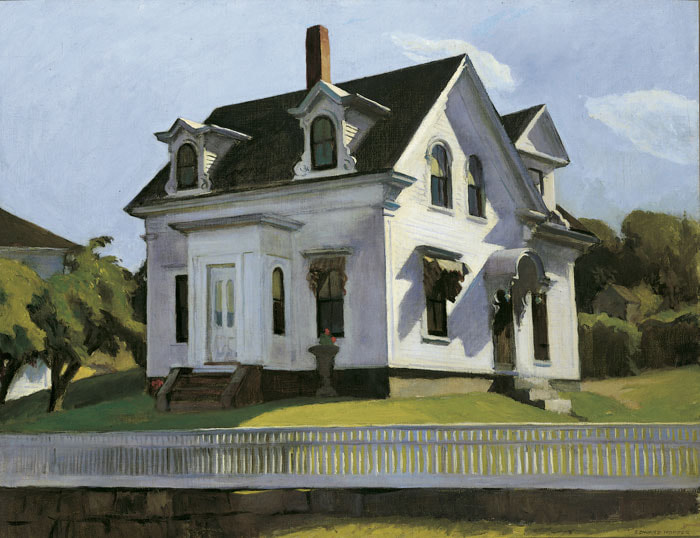 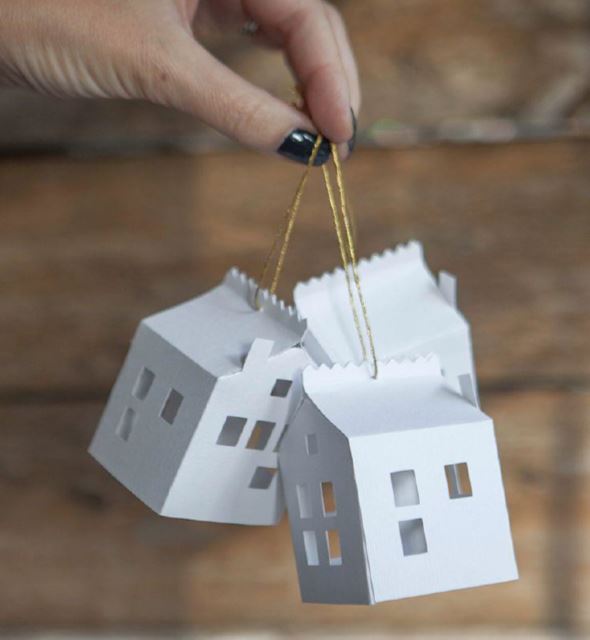 Home to over 1,000 documents and objects dating from the years when the Hopper family resided at 82 North Broadway, there will be presentations starting at 2pm in the Archive. They will cover topics ranging from Hudson River history to women’s history by engaging with materials from the Archive such as diaries, notebooks, and letters. Visitors can explore how these social and historical themes were present in Hopper’s youth, as well as in the lives of his sister, Marion, and mother, Elizabeth. Additional materials from the archival collection will be on view long term in the vitrine located in the Reading Room.

To request a visit to the Archive, please email info at hopperhouse dot org. Visitor hours for the Archive specifically are from Saturdays and Sundays in April and May, 1pm to 4pm. 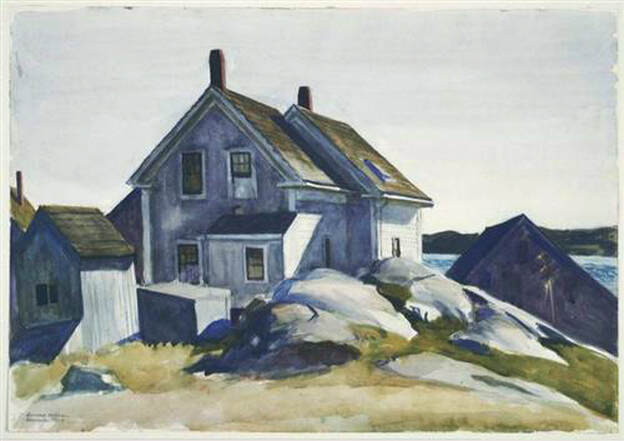 Edward Hopper, House at the Fort, Gloucester, watercolor, 1924, Museum of Fine Arts, Boston, MA
Share Hopper's love for homes by designing and building your own house, or recreate your favorite Hopper House. Play with dimension, shape, and color as you create your own 3D paper house model.

﻿Four shows take place in the main gallery each year.  Exhibition proposals should respond to one or more aspects of Edward Hopper's life or work, themes, the house itself, or the EHH collections.
Edward Hopper House Museum & Study Center is not currently accepting proposals for exhibitions.

​seeks to maintain a consistent set of standards for all exhibitions and displays within its public spaces.  As Edward Hopper's home and the place where he developed his artistic vision, we have a unique opportunity to tell the story of the house and home, the Hopper family, and Edward Hopper the artist, by presenting exhibitions that are thought provoking and visually engaging, encompassing high concept themes and subjects, while promoting Hopper's artistic legacy and the influence of the house upon it.

Exhibitions should align with our mission “to celebrate Edward Hopper’s legacy by preserving his birthplace, family home and archive while serving as a resource for scholars and artists and nurturing community engagement with the arts.”

Exhibitions are selected in consultation with the Exhibition Committee, a diverse group of professional artists and curators.

We encourage group submissions and curator proposals as well.  We may ask you to resubmit or hold on to your work for consideration in the following year.  Artists/curators are welcome to submit proposals for the any of above slots/shows, if the guidelines allow.

Unless otherwise agreed, artists are responsible for delivery/pickup and all related costs.   With the exception of Artist of the Month, the Edward Hopper House does not handle sales of artwork.

"What makes Point Blank so extraordinary, however, is not its departures from genre conventions, but Boorman’s virtuoso use of such unconventional avant-garde stylistics to saturate the proceedings with a classical noir mood of existential torpor and romanticized fatalism. The action is set against (and within) a sunny corporate L.A. landscape characterized by its sterile, overwhelming enormity—situated in the corners of Boorman’s off-kilter compositions, a colossal architectural or natural edifice weighing down upon his back (if not literally crowding him off the screen), Walker is denied sanctuary. Through odd camera angles and stylized compositions that position our hero as powerless and adrift amid this malevolent, foreign metropolis, Boorman creates a tone of uneasy dislocation. Los Angeles seems more menacingly inhospitable in sunshine than at night, and this irony plays into the film’s dichotomy between the old and new world.