The term “caricature” comes from the Italian words carico and caricare, meaning to load and exaggerate. Its first known use was in the 1590s, when Italian artists Annibale and Agostino Carracci used the term to describe their exaggerated portrait drawings. Caricature has come to refer to artworks that distort and exaggerate certain traits or physical characteristics for the purpose of entertaining or to make personal, social, or political statements.

Edward Hopper’s caricatures were never meant for public viewing. Rather, he took a very personal approach to creating his caricatures, which focus on the complicated relationship he had with his wife, Josephine (Jo) Nivison Hopper. They were married for 43 years, and from the beginning, Jo acted as his model, muse, painting companion, and foremost champion of his art. Yet, during much of that time, their relationship was fraught with tension, resentment, and sometimes outright hostility. While Jo was effusive and outgoing, Edward was reserved and introverted and found it difficult to verbally express himself. One way Edward communicated his feelings of frustration in the marriage was through numerous drawings that he would leave around the house for Jo to find. Many of them are quickly drawn, rough sketches, but the scathing message comes through in the far-fetched scenarios he portrays.

Dan Springer presents his pen and ink caricatures from the 2009 book he illustrated titled “Who Said That?”. Springer’s aim in creating his caricatures is “to cause the viewer to have a deeper connection to the actual person; to tap into their psychology and reveal their innermost emotion and expression.” The one work not in the book is a new caricature he created for this show that depicts a diminutive Josephine Hopper sitting in Edward’s shadow, symbolizing the subordinate role she took when she put her artistic career on hold to support him. Springer studied illustration at the Rhode Island School of Design and his work has been featured in The New York Times, The Village Voice, Avenue Magazine, The Asbury Park Press, The Boston Phoenix, Go Magazine, Roctober Magazine, The Knitting Factory Notes, The Providence Newspaper, and The Manhattan Spirit. He has also created illustrations for the show "TV Funhouse", and paintings for "The Sopranos.”

Michael Witte will present several watercolor caricatures of celebrities he created for various national publications. One of America's preeminent comic illustrators, Witte is not primarily a caricature artist, but when he does work on a caricature for an assignment, he strives “to create an image that, through exaggeration of essential features, looks even MORE like the subject than a portrait might.” For Witte, his attempts at caricature seek not to ridicule identity through exaggeration, but to capture the essence of identity. Witte’s work has appeared in national publications such as The New Yorker, TIME, Harper's, The Atlantic, The New Republic, Rolling Stone, Forbes, Fortune, Money, Business Week, The New York Times, The Washington Post, The Wall Street Journal and New York Magazine among many others. He is the recipient of numerous awards and garnered a PAGE ONE Award from the Newspaper Guild of New York and consecutive National Headliner Awards as America's top illustrator. 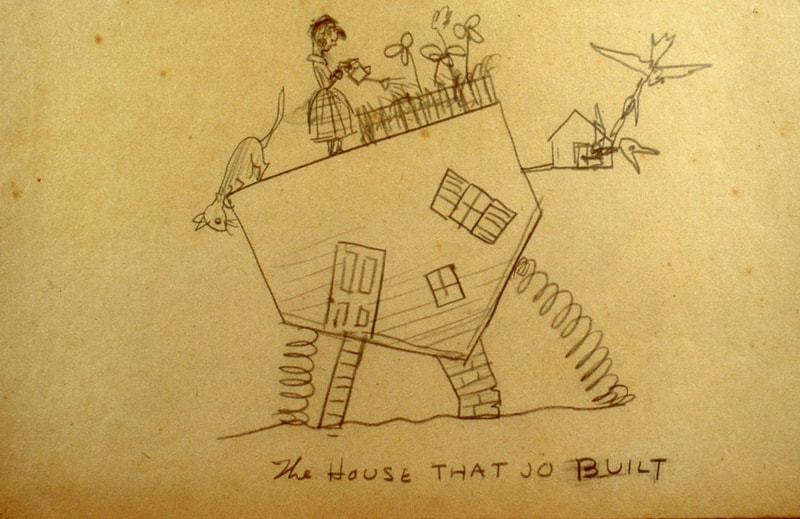 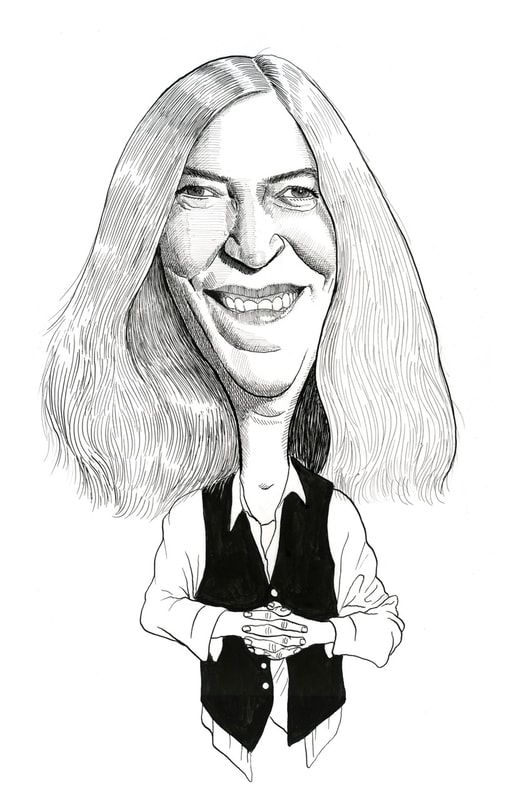 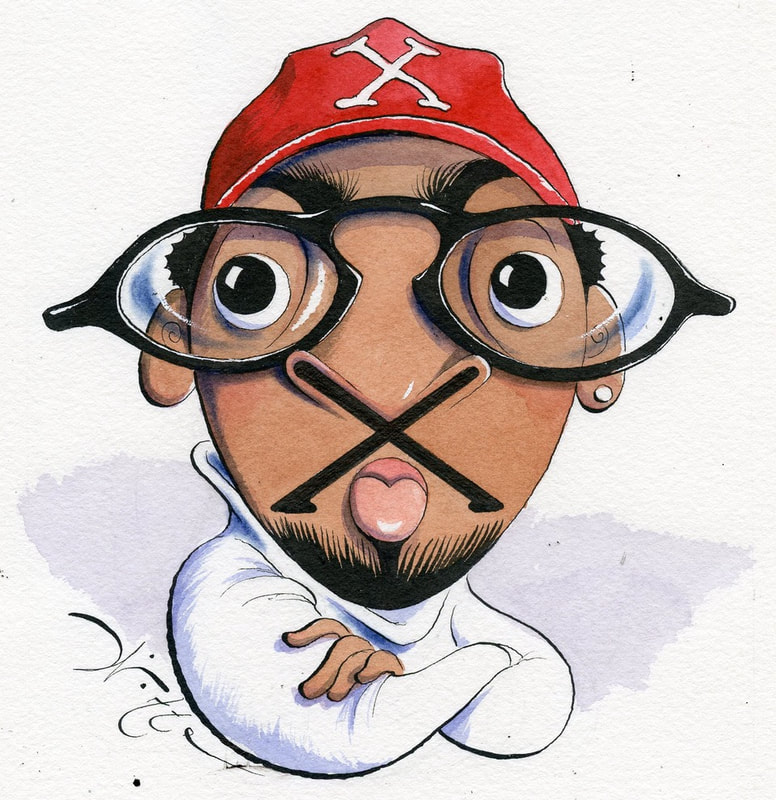