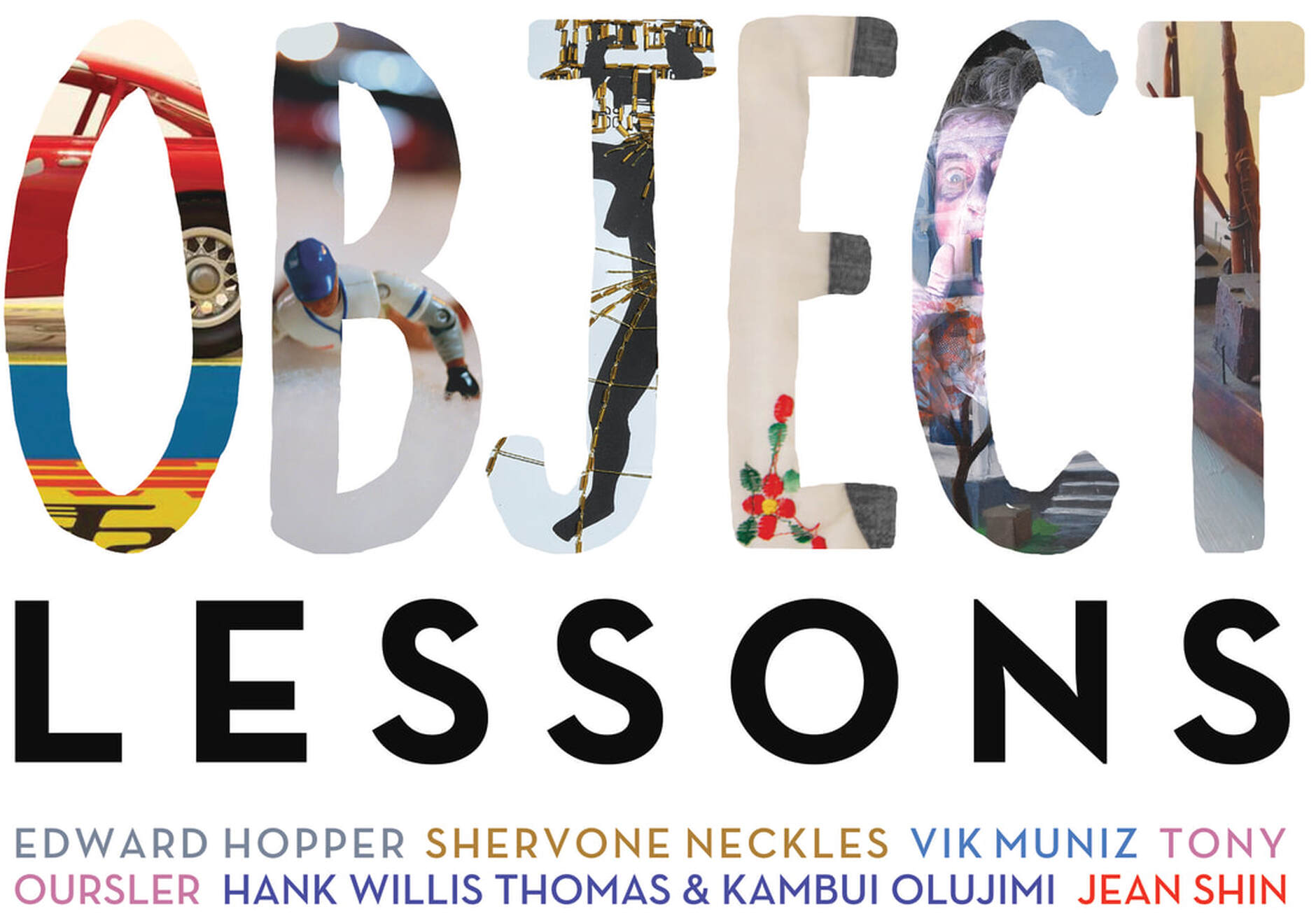 Curated by Carole Perry
March 20 - November 29, 2020
It is certain that the inanimate objects by which you are surrounded have a direct action on the brain.
- Jules Verne

Childhood objects store great meaning for us. When we carry them with us to adulthood, in physical form or in memory, they retain their power—as symbols, as touchstones for expression, as connectors to our past. Object Lessons explores the connection between such objects and mature artistic expression through the childhood objects and later work of Edward Hopper, ​Shervone Neckles, Vik Muniz, Tony Oursler, Jean Shin, and Hank Willis Thomas & Kambui Olujimi.

Edward Hopper House Museum & Study Center has in its collection and on long term loan numerous objects that young Edward Hopper found or created. These items—and those of the other artists in this show—provide clues about their early inspiration. While their processes vary widely, all respond to the symbolic content of objects in ways that reflect the importance of culture, tradition and moments that elicit sensory memories in shaping their development as artists. ​​
Edward Hopper obsessively sketched boats, ships, harbor views and other scenes he witnessed at the village docks and shipyards on the Hudson River, just down the hill from his family home. When Hopper was about 14 years old, he and two friends created an exclusive sailing club called the “Three Commodores.” They devised strict guidelines, as outlined in the club’s Constitution and By-laws, which were recorded in notebooks illustrated by Hopper. The fact that Hopper saved these and many other nautical-related items from his youth—including small wooden boats he built and a message in a bottle he found at the river—is testament to the power and influence this subject matter held for him. That youthful interest evolved into a lifelong passion for boats and nautical subjects that he incorporated into his art throughout his career.
Vik Muniz (b. São Paulo, Brazil, 1961) still has a few of the tiny Matchbox cars that he played with as a child. He has used several of them as models for an ongoing series entitled Mnemonic Vehicles, in which he creates large scale replicas in intermediate size (one of which is on view in Object Lessons) and full size using the same materials as the original toy cars. Muniz believes that toys “act as a sort of medium, because they stand between the practice of doing something and the thing itself.  Before you cook, you play with toy pans. Before you drive, you play with diecast cars.” For Muniz, “art is about memory to the extent that when you look at these things, it is impossible not to think of what you wanted and what you have right now. Having these cars is part of the cycle of desire that culminates with the purchase of such a vehicle, and the technology that makes them increasingly more visually interesting also inspires new little cars to be made to inspire more kids.” ​
Growing up as a first generation American born to Grenadian parents, Shervone Neckles  (b. New York, 1979) draws inspiration from the dual nature of her identity. Since childhood, she has been fascinated by the “aural, visual, temporal and kinetic qualities” of the colorful beaded curtains that adorned the doorways of her family home in Grenada and that were replicated in their New York apartment. “The visual effects the light produces within and around the beads and the fluidity of the strands are subtle elements I attempt to mimic in my work.” As an artist, she brings the sense of wonder that those curtains elicited to her work. In the Provenance series (on view in Object Lessons), Neckles creates a liminal figure wearing a house structure worn as a mask/headdress. “By combining found materials, forms and methodologies with mixed media techniques of printmaking, collage, and embroidery I construct narratives that captures the hybrid and transitional nature of my American, and Caribbean identity.” ​
Tony Oursler  (b. New York, 1957) grew up in Nyack, NY, just down the road from the Edward Hopper House.  When he was young, Oursler found a Native American pottery shard by his home along the Hudson River.  Such relics left a lasting impression on him. “They suggested,” he says, “proof of an alternate reality, where money was worthless and there was not heaven and hell. Somehow this relationship between object and perspectives has stayed with me and my art.” The notion of an alternate reality also played out when word spread that the house across the street from Oursler’s childhood home was haunted. When the house later sold, the new owner sued the seller—and ultimately won—for not divulging the house’s supernatural reputation. As a teen, Oursler painted the infamous house and for Object Lessons, he has created a video projection onto the painting that relates to the famous story of the haunted house.

Jean Shin (b. Seoul, South Korea, 1971) and her family immigrated to the US when she was six years old. One of the few items she still has from her childhood is a pair of traditional Korean socks called “beoseon” that she wore— hidden under an elaborately decorated dress—on special occasions. Wearing these traditional garments was, she said, a way of “reconnecting to my cultural identity, my birthplace, my origins story and what it means to celebrate traditions as an immigrant.” Her recent sculpture, Clothesline 2, is made of multiple discarded men’s shirts sewn together. With the fabric removed, the shirt’s contour and stitch become ghostly, skeletal forms. According to Shin, “These two juxtaposed objects—both articles of clothing that come from two very specific contexts and cultures, speak to differing experiences of belonging and displacement.”
Hank Willis Thomas (b. New Jersey, 1976) still has over 100 of the G.I. Joe action figures he played with as a child. He recalls that he and his friends--including Kambui Olujimi  (b. Brooklyn, NY, 1976)--would “figure out the set-up—what was happening, who was going to be relevant to the story, how it was different from last time, and which characters would die... It was the early ’80s, this time of real American heroes, were giving children license to author scenarios based around violence before they could even read. There was no consequence to that violence. Death was insignificant.” That fondness for collaborative storytelling carried over to Thomas’s mature work. Following the murder and robbery in 2000 of his cherished cousin, Thomas and Olujimi made a short film reenacting the tragic event using the G.I. Joes as characters. Thomas says, “From the elements of pop culture to the way I critique American identity and values in my work, playing with G.I. Joes was my training ground.”

Cultural traditions, societal expectations, and youthful curiosity all come into play in shaping the artistic visions of these artists, and by including such a diverse group, Object Lessons allows visitors to explore how the nascent sensibilities of childhood shape development, resulting in an unpredictable spectrum of unique artistic identities. 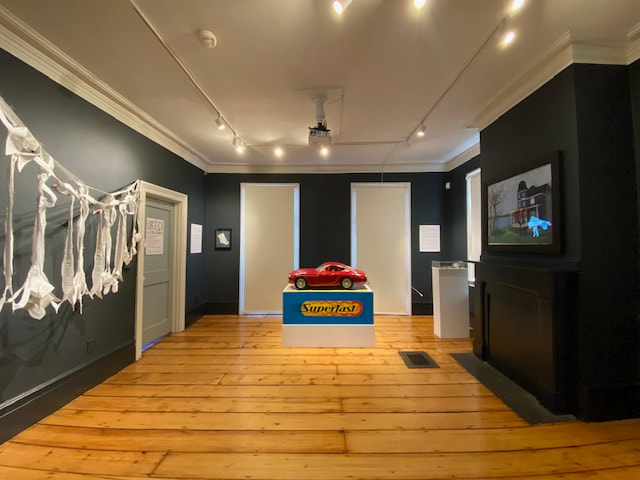 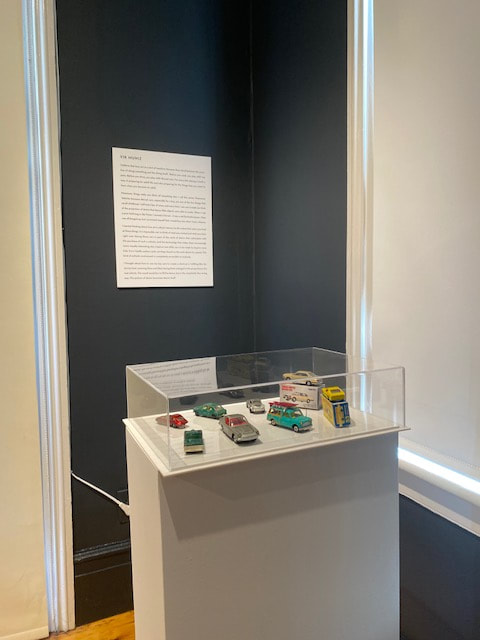 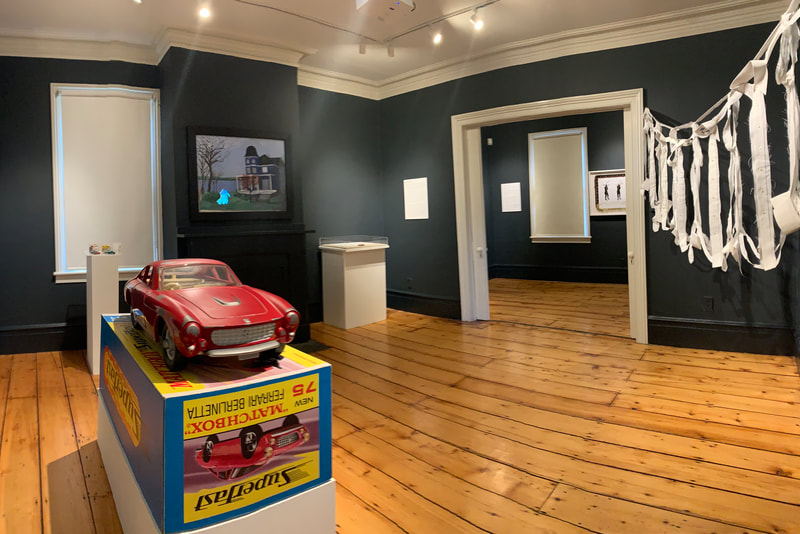 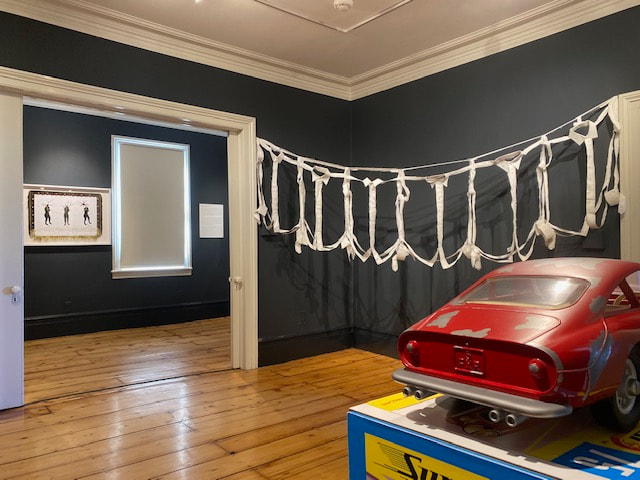 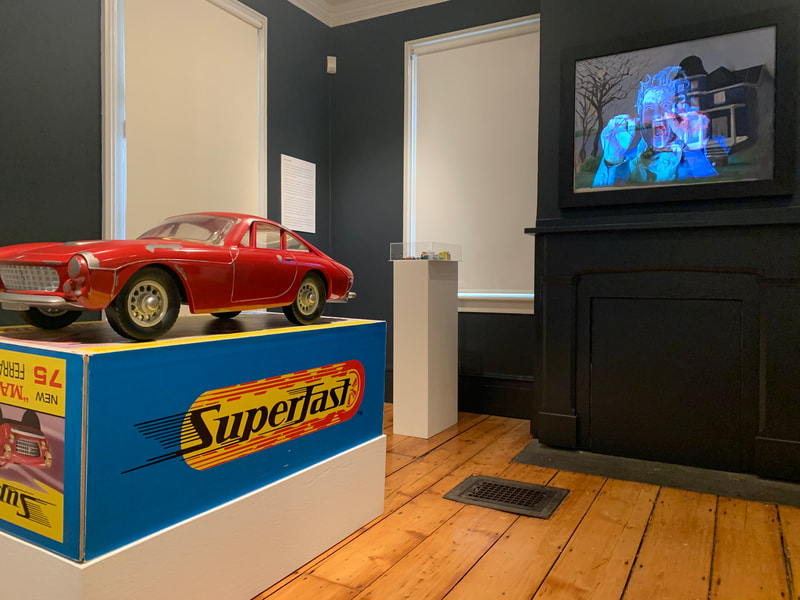 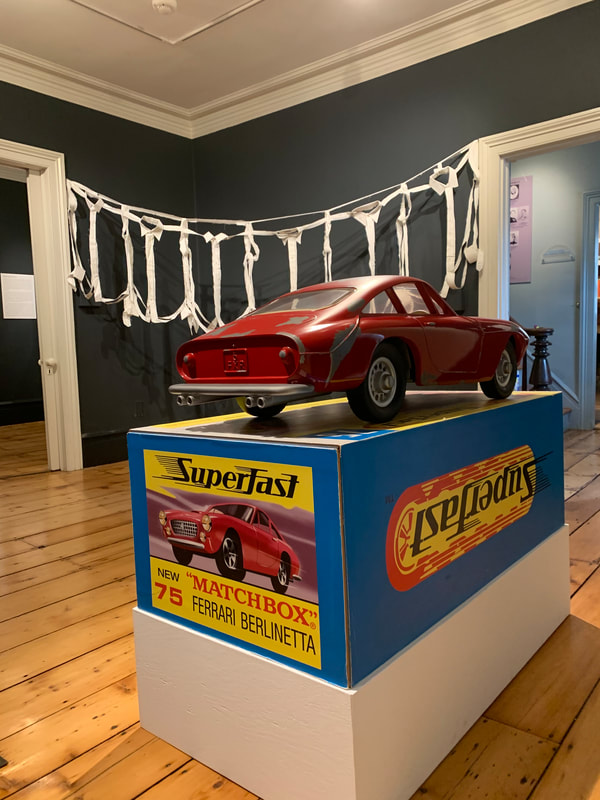 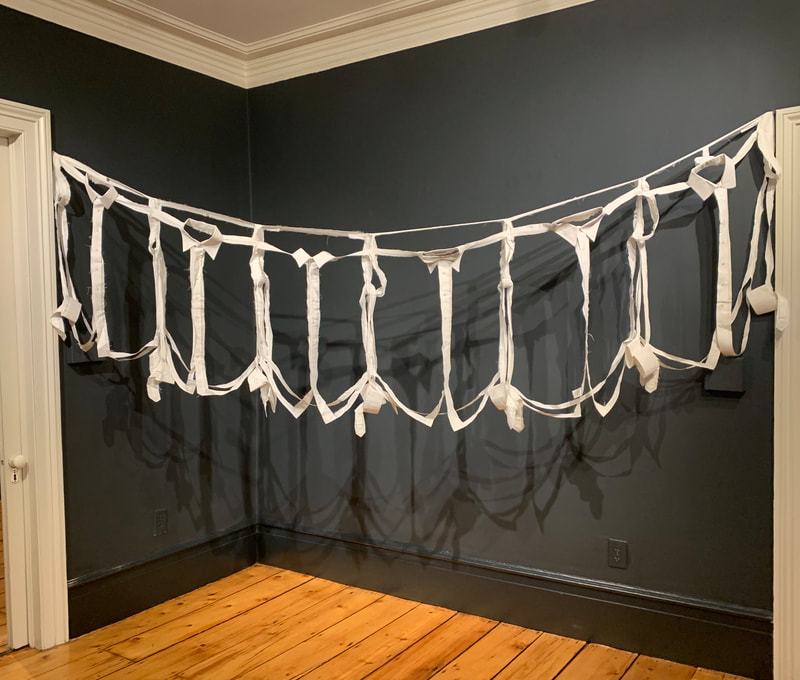 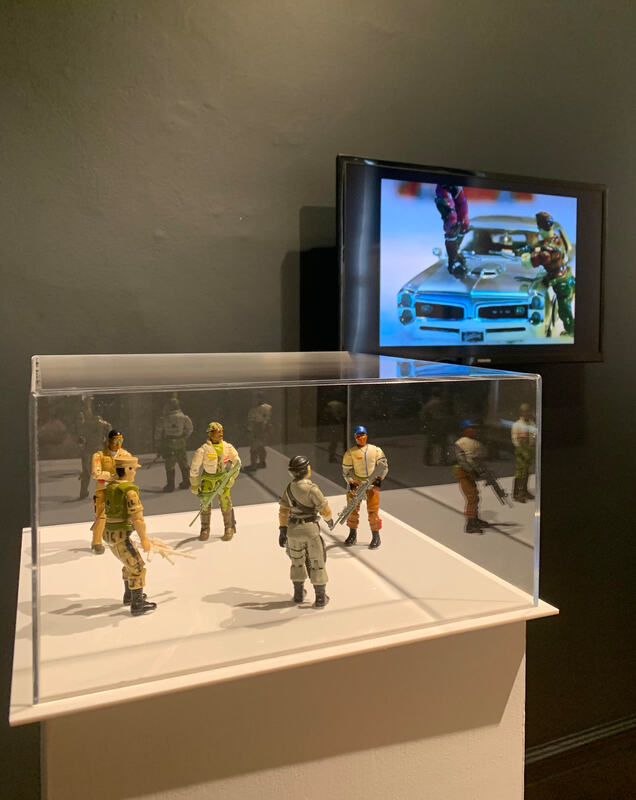 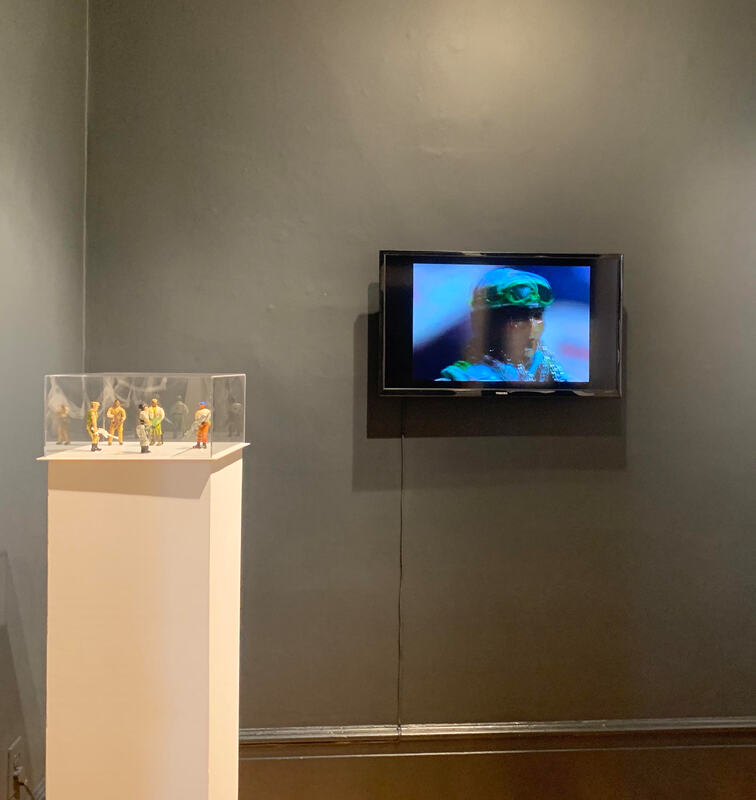 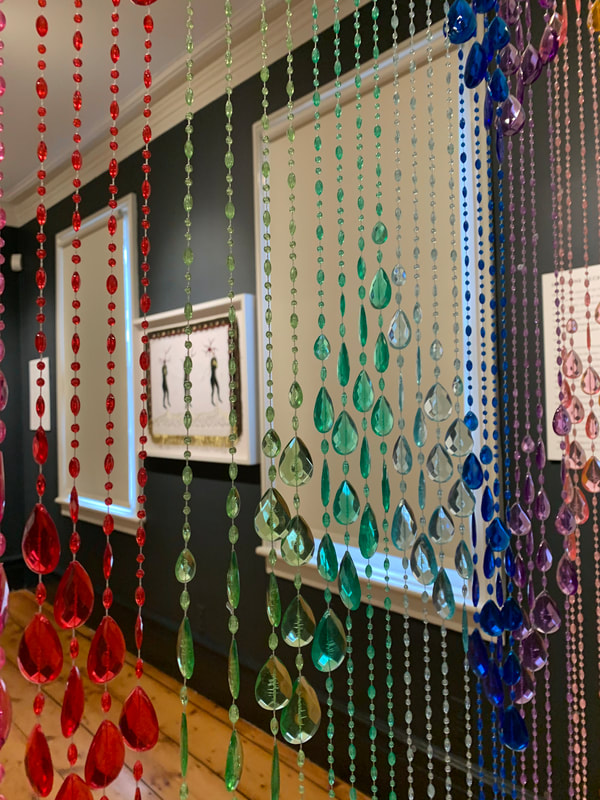 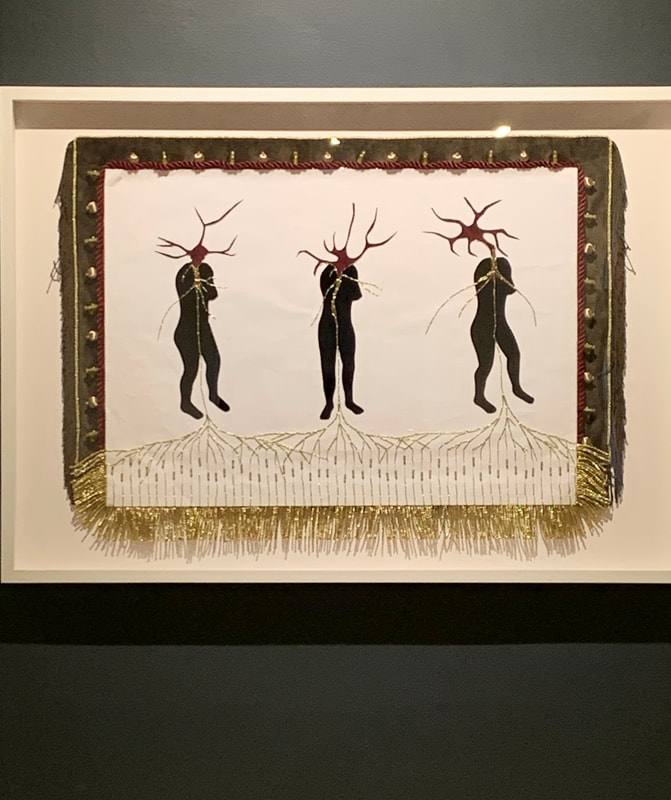 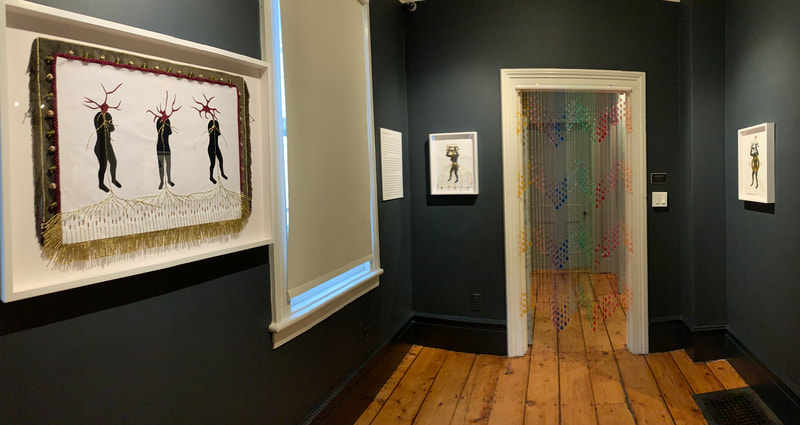 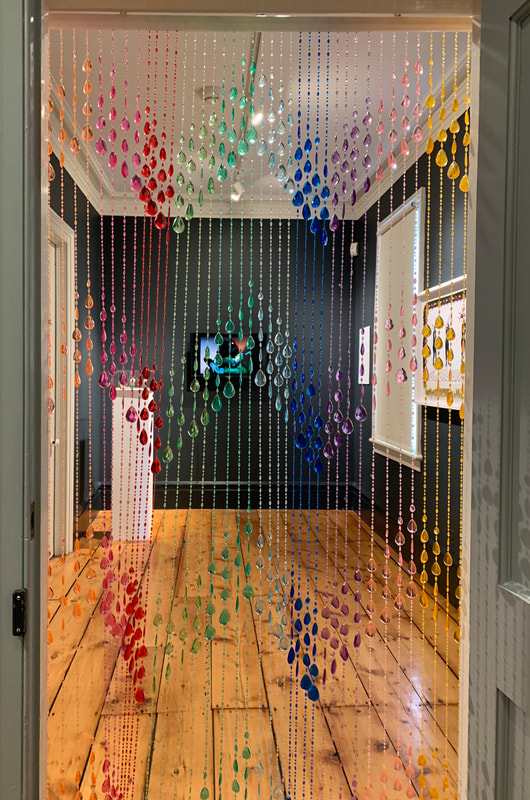 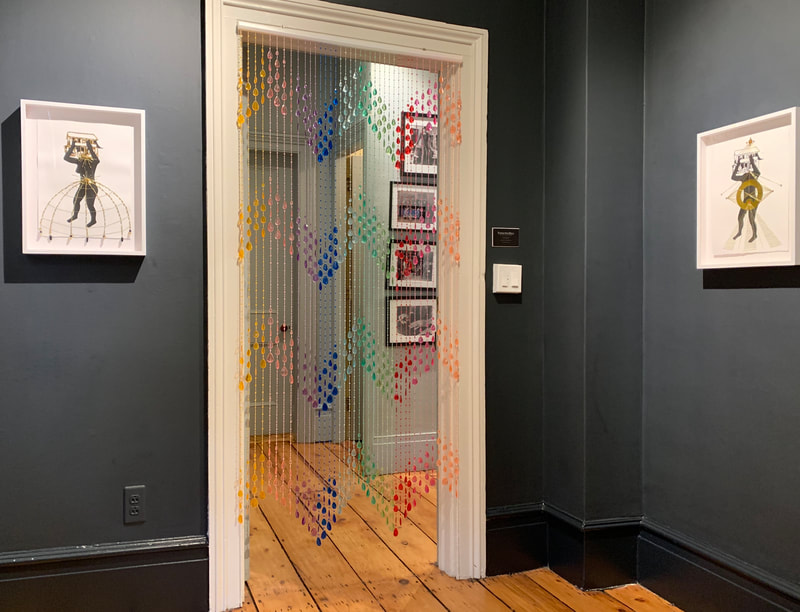 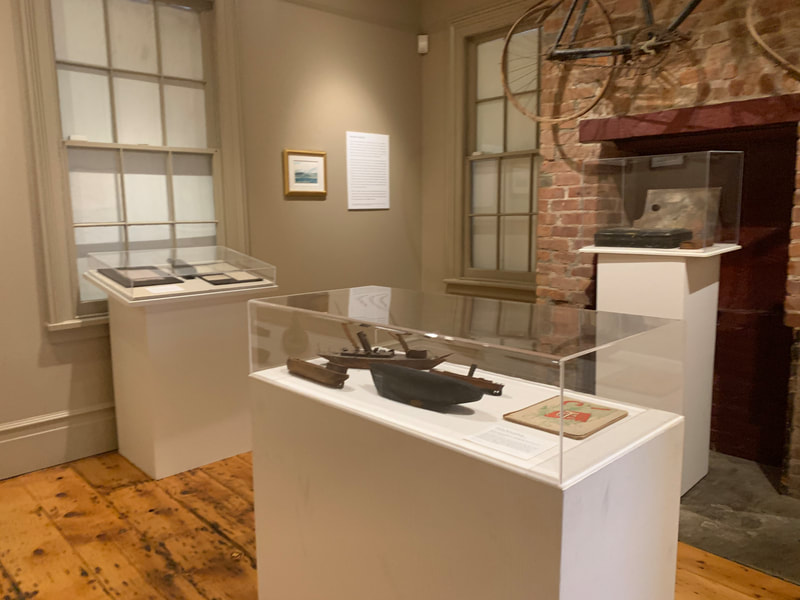 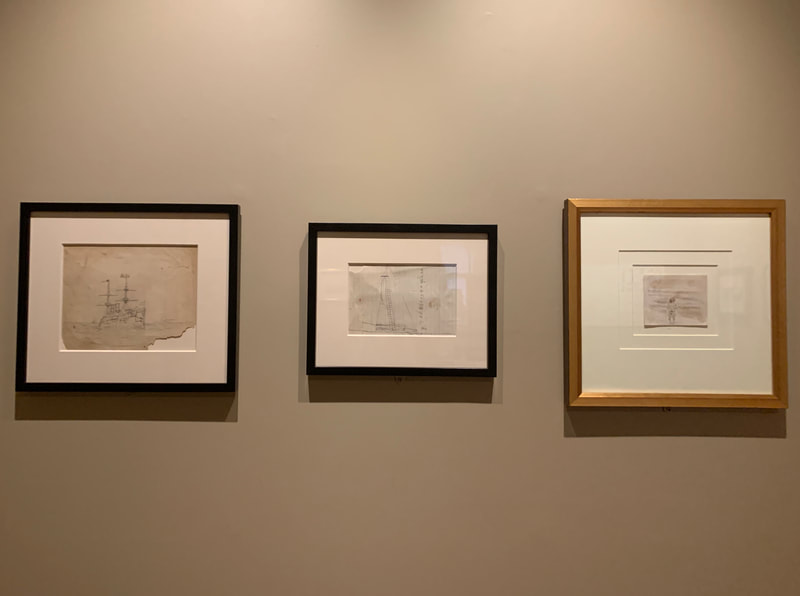 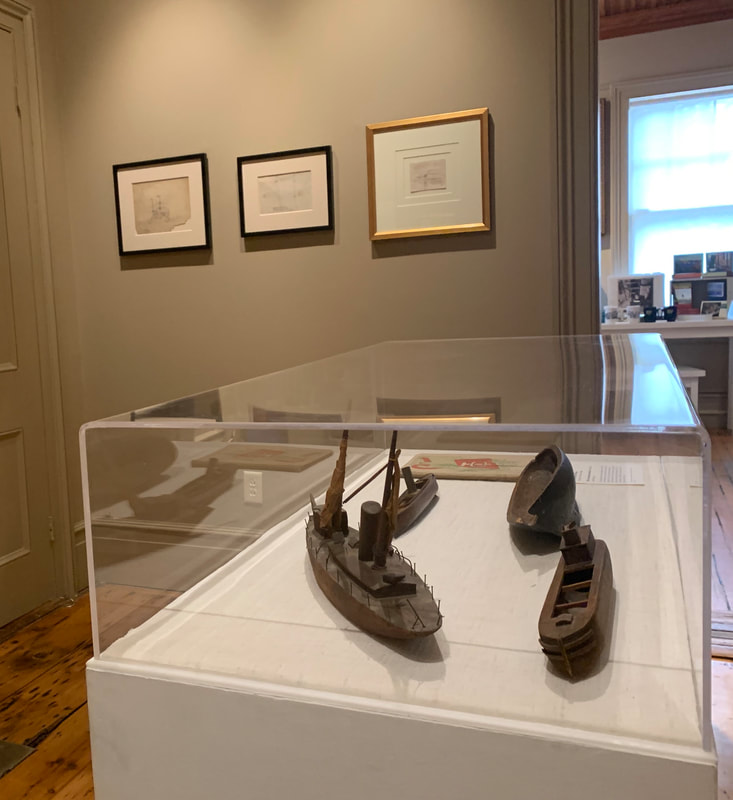 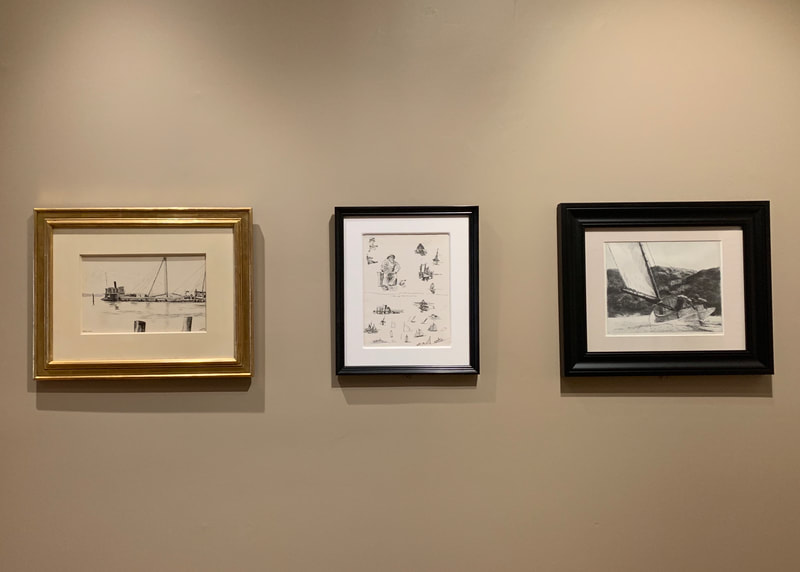 For HIGHER-RES images, please contact press@hopperhouse.org. Images may be downloaded, reproduced, and published by members of the press for the sole purpose of creating or supporting timely news stories related to the Edward Hopper House and its exhibitions, programs, and events.  Use of the press images for any other purpose requires the additional prior permission of the Edward Hopper House and may also require the additional prior permission of third-party rights holders. Obtaining these permissions is the sole responsibility of the press user. Press images may not be downloaded, reproduced, or published by commercial stock houses or archives under any circumstances. Press images must be reproduced in their entirety, and must include the identifying information provided by the Edward Hopper House, collection information, credit lines, and copyright. Images may not be cropped, detailed, overprinted, or altered without prior approval.
Support for this exhibition has been generously provided by Nyack Wine Cellar, Mary Ekmalian, and New York State Assemblywoman Ellen Jaffee, a devoted advocate and supporter of the Arts.