Curated by Kristina Burns
​
March 1 - June 2, 2019
​Members Opening & Reception: Thursday, February 28, 2019, 6:30 - 8:30 PM
Edward Hopper House Museum & Study Center is pleased to announce a multimedia installation featuring Holly Zausner’s 2015 film, Unsettled Matter, and a series of photographs by Mott Hupfel. By radically re-configuring the exhibition space at the museum, we invite viewers to immerse themselves in Zausner’s portrait of a place with, “no people, no cars, just me walking, sometimes running through an empty city” where, she says, “something has gone wrong in the world—but what, exactly?”

Zausner’s solitary figure passes furtively through the environment in much the same way Hopper’s secretive city dwellers lurk in the shadows of bridges, windows and doorways. As we follow Zausner's figure, it becomes increasingly clear that in the cryptic terrains of these artists, Zausner’s observation that the “locations are the meaning, not the backdrop.”

Zausner explores the “dialogue between art and cinema” in her films. For the creation of this film, Zausner returned frequently to New York from Berlin to collaborate with feature film cinematographer, Mott Hupfel, known for his work on The Savages, The American Astronaut, and The Cobbler.

Hupfel states that he returns again and again to Hopper’s work for inspiration and often for explication when trying to elucidate an idea or a mood. Noting that Hopper was a consummate student of light, having said, “I was more interested in the sunlight on the buildings and on the figures than any symbolism,” Hupfel's study of light is the nexus of his growing series of images. Like many of Hopper’s works, Hupfel’s photographs are infused with a sense of isolation and melancholy. Hupfel uses light, or the lack thereof, to transform the familiar into something mysterious and strange.  Just as Hopper’s characters seem caught in a moment that serve as a provocation for the viewer to complete the narrative, Hupfel has said he likes to think of the images in this series "as the nuclei for, or maybe the aftermath of a scene I might create for a film” with “some element of human existence, if not a human itself, that I hope will trigger questions in the viewer’s mind about what might happen – or what has happened – there.”
"Zausner passes through New York as a ghost - purposefully marching through empty streets, lobbies and stations, sometimes no more than a flicker, but just as often stopping to contemplate: a book in the basement of the Strand, the mangled visage of Queen Hatshepsut at the Metropolitan Museum, or us, the viewer, at the center of the swirling maelstrom of Times Square (the only time in which we see other human beings). Though she interacts with no one, she is performing for us, right up until the possible endpoint of the film, when she comes physically crashing down onto her workbench strewn with stills from her last work - death by art...

SPECIAL Thanks to Sponsor: 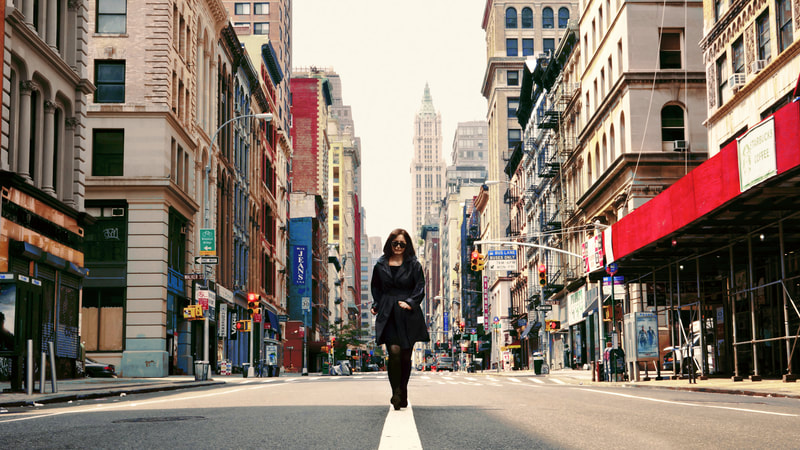 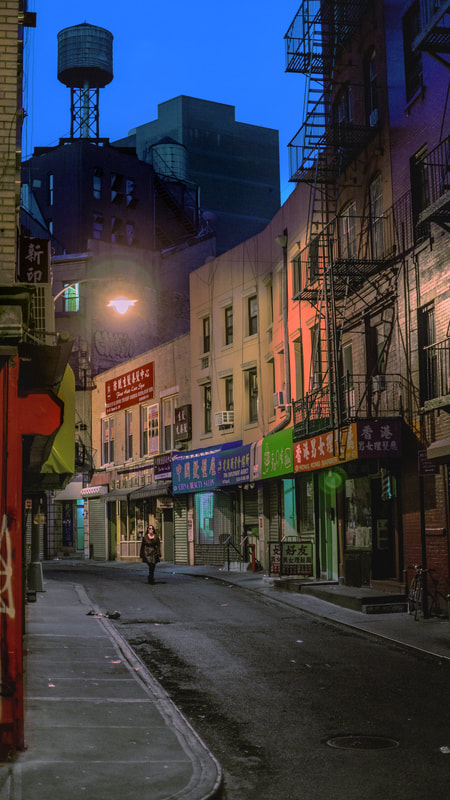 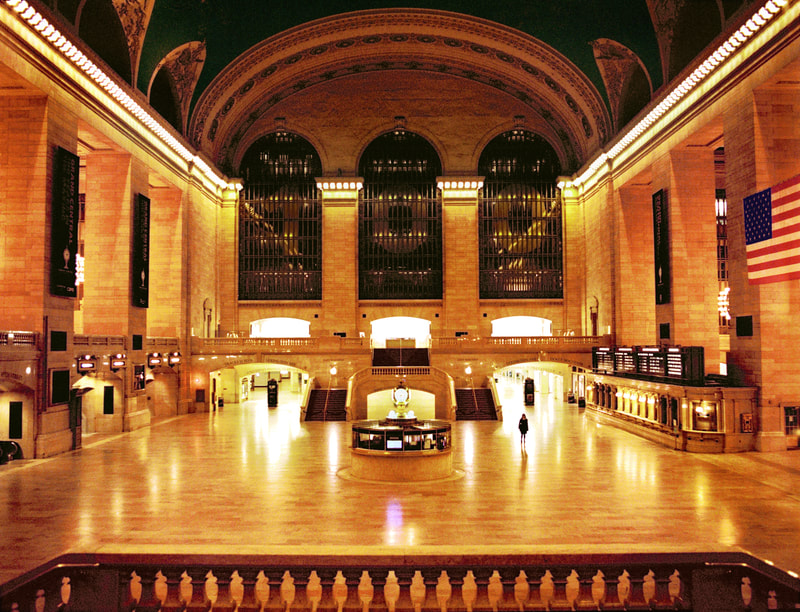 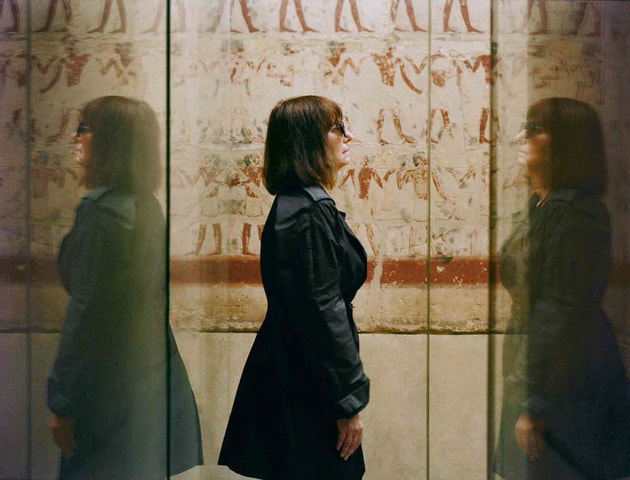 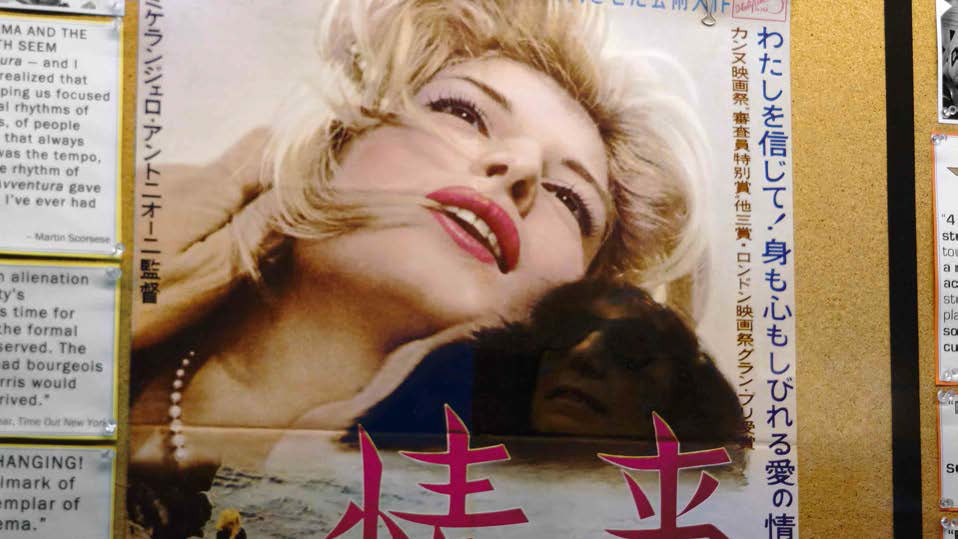 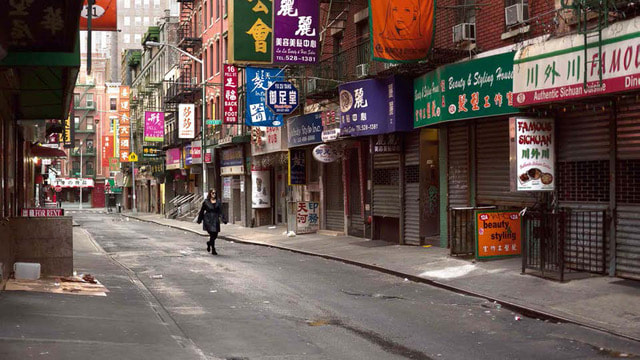 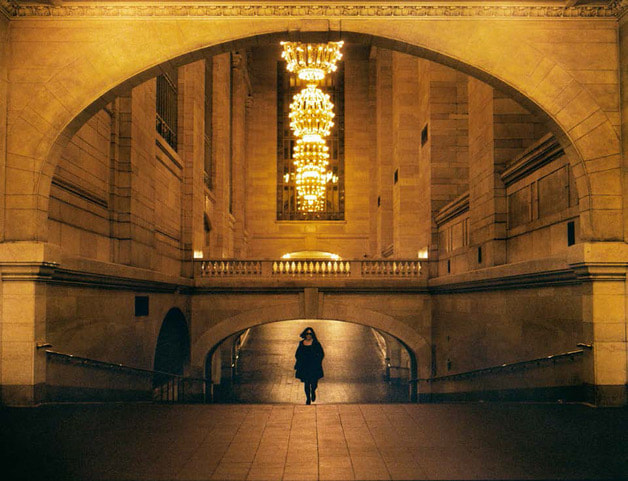 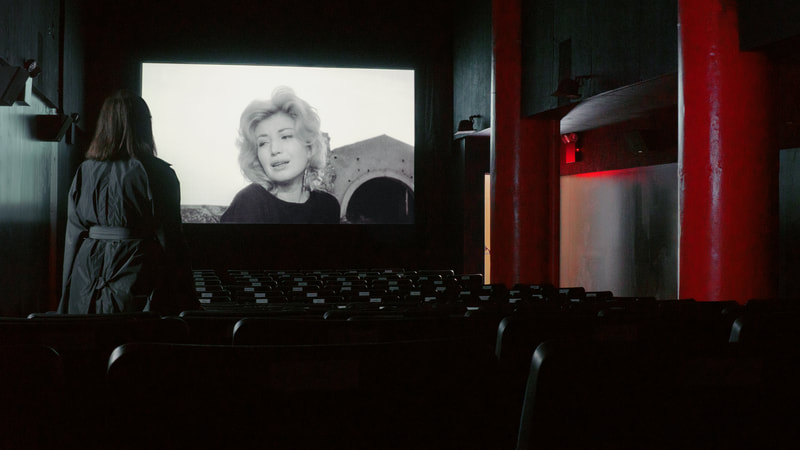 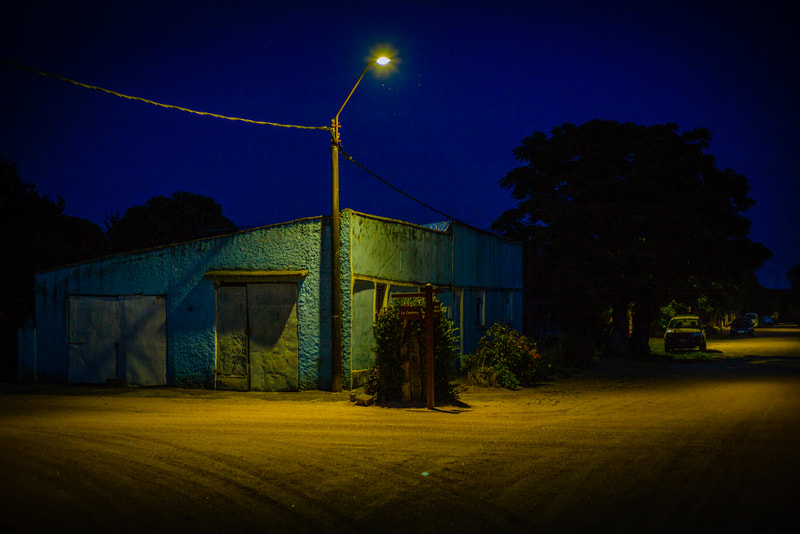 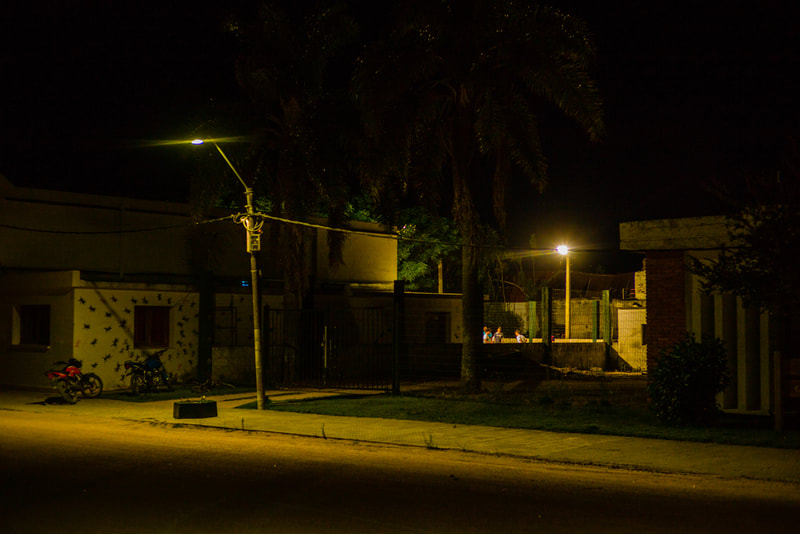 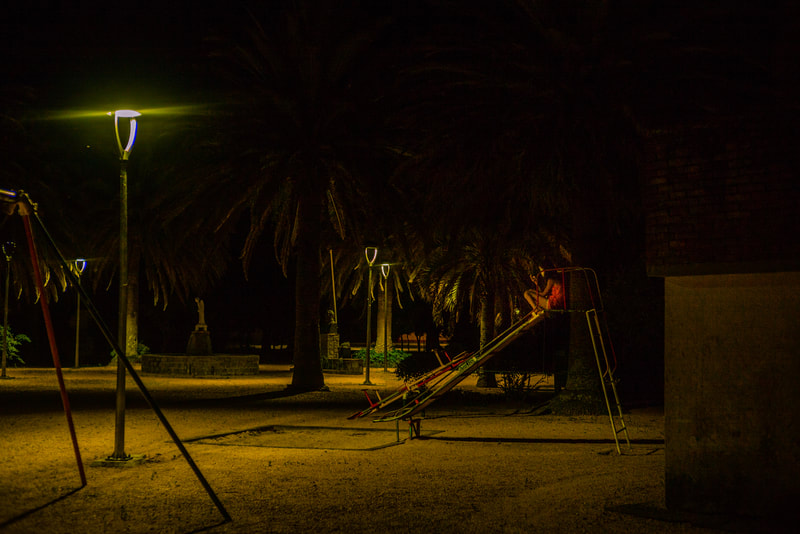 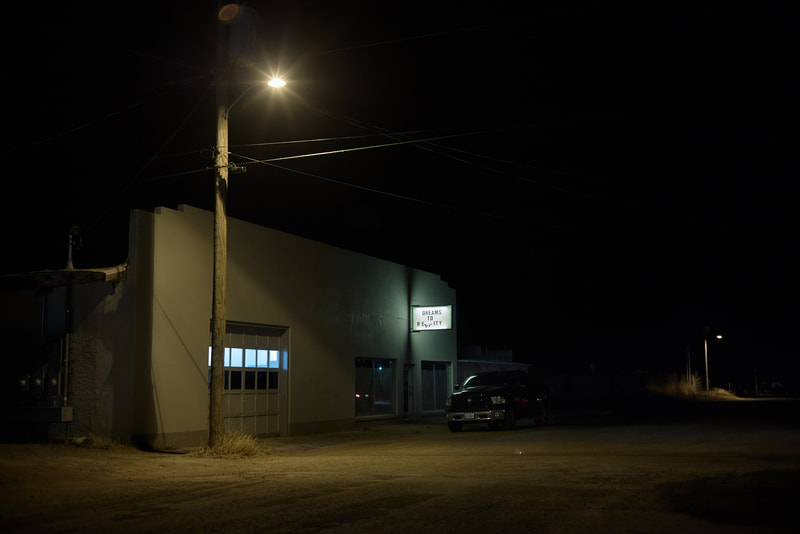 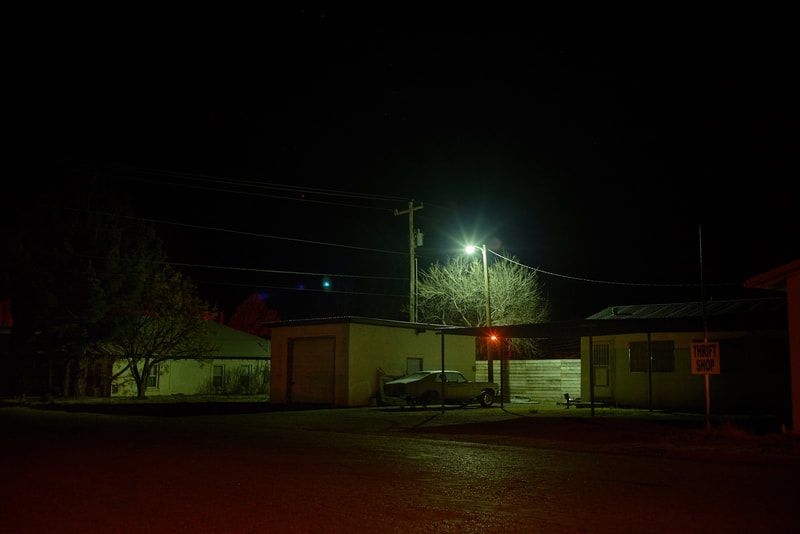 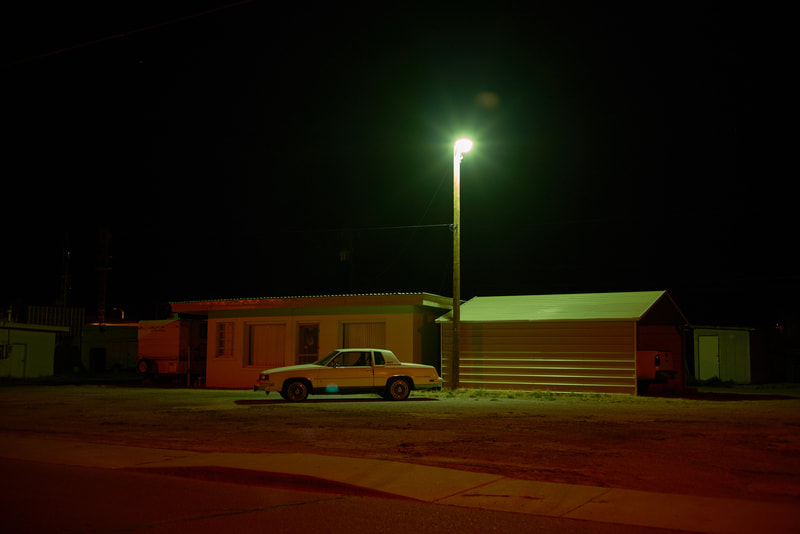