Alastair Noble: Message In A Bo(A)TTLE

Inspired by Edward Hopper’s boyhood fascination with yachts and other sailing boats, Alastair Noble constructed an installation of paper boats and poetic messages exhibited as a flotilla suspended from the gallery’s ceiling and flowing across the gallery floor.

Alastair Noble is a much-exhibited English artist with many fascinating interests which, like young Hopper, also include boating, reading poetry and travelling. Noble is also an imaginative artist who creates intriguing and inventive installations in museums and art galleries in Europe and beyond. By combining these passions in the installation and additional loaned artworks, curator Richard Kendall notes that the exhibition refers to a wide range of material.

Bridging the connection between Hopper’s early work and Noble’s installation, the wooden ships Hopper whittled - as well as a now famous bottle that Hopper found in the river as child which contained a written address – from which young beachcomber Hopper and bottle-tosser W.H. Sanford made correspondence in 1898 is on display in the Ruth and Arthayer Sanborn Gallery at Edward Hopper House Museum & Study Center. Additionally, the heritage of the Hudson River School is represented with a gem of a landscape painting by luminist Sanford Robinson Gifford, on loan until December. Gifford’s atmospheric paintings of the Hudson Valley are on view not only at the Metropolitan Museum of Art, but also among other incredible collections throughout North America.

Expanding the exhibition, we have two loans of poignant drawings from Hopper’s youthful experiences at the Hudson’s shoreline.  Using his knowledge of Hopper’s beginnings, Noble visited Nyack’s boat-building yards still in the town. The installation will be surrounded by a soundtrack of recordings Noble has made from the Hudson River at Nyack, helping to immerse the viewer.
Noble himself describes his forthcoming presentation as a poetic and even humorous experience for summertime visitors. This installation will engage Hopper admirers old and young, at a time when yachts can be seen on the river Hudson just as they did in Hopper’s time. Fabricated in a variety of sizes, and dramatically spot lit to cast shadows on the floor and gallery walls, Noble’s boats will be constructed in the tradition origami boats that young boys often make from a square of paper. Like messages in a bottle, each of Noble’s boats will contain a stamped or stenciled phrase excerpted from different texts from poets and writers that Hopper admired such as Emerson and Goethe. These also intrigued Noble, who has read several of the books Hopper cherished and also familiarized himself with the works of other authors the artist admired
​The Garden’s summer sculpture curation coordinates with the gallery exhibition, featuring sculptures by Andranik Aroutounian, Eliza Evans, David Herbert, Simone Kestelman, Chris Plaisted, Megumu Tagami, and Kathy Bruce. Bruce’s site-specific sustainable sculptures will feature textual “messages” like waves scrolling along bamboo strips and undulating around a bamboo boat structure; the messages surround the boat, rather than being bottled up - thus reversing the exhibition theme by creating a conceptual rather than a literal depiction of the “Message in a Bottle.” Boat imagery by Chris Paistedt and David Herbert, and figural sentinels by Eliza Evans will harbor in Hopper’s backyard. 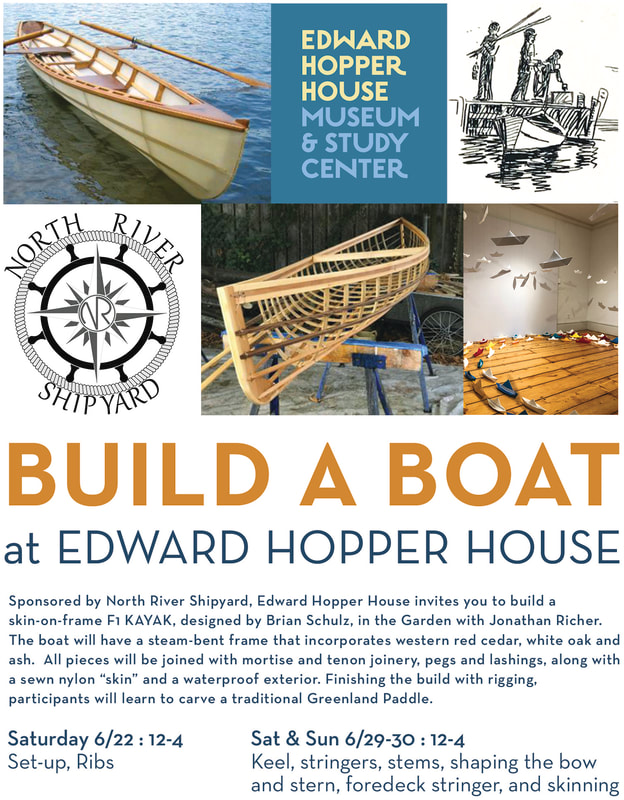 Art Talk at the Nyack Library on July 13, at 2pm, invites the public to a conversation with curator Richard Kendall as he interviews artist Alastair Noble. Noble has exhibited extensively both nationally and internationally. His practice is a response to architecture and the natural environment and investigates particular sites in the context of literature, poetry or philosophical texts of authors such as; Mallarme, Marinetti, Mayakovsky, Wittgenstein. The Library of Babel and On the Exactitude of Science by Jorge Luis Borges have been the subjects of his recent projects. The latter text he transposed into a series of environmental interventions entitled Mapping Arcadia. These are investigations into alternative methods of mapping the landscape. Additionally, he writes on sculpture and architecture for international sculpture magazines and journals. He has taught and lectured at numerous colleges and universities where he has organized symposia on the role of Public Sculpture. 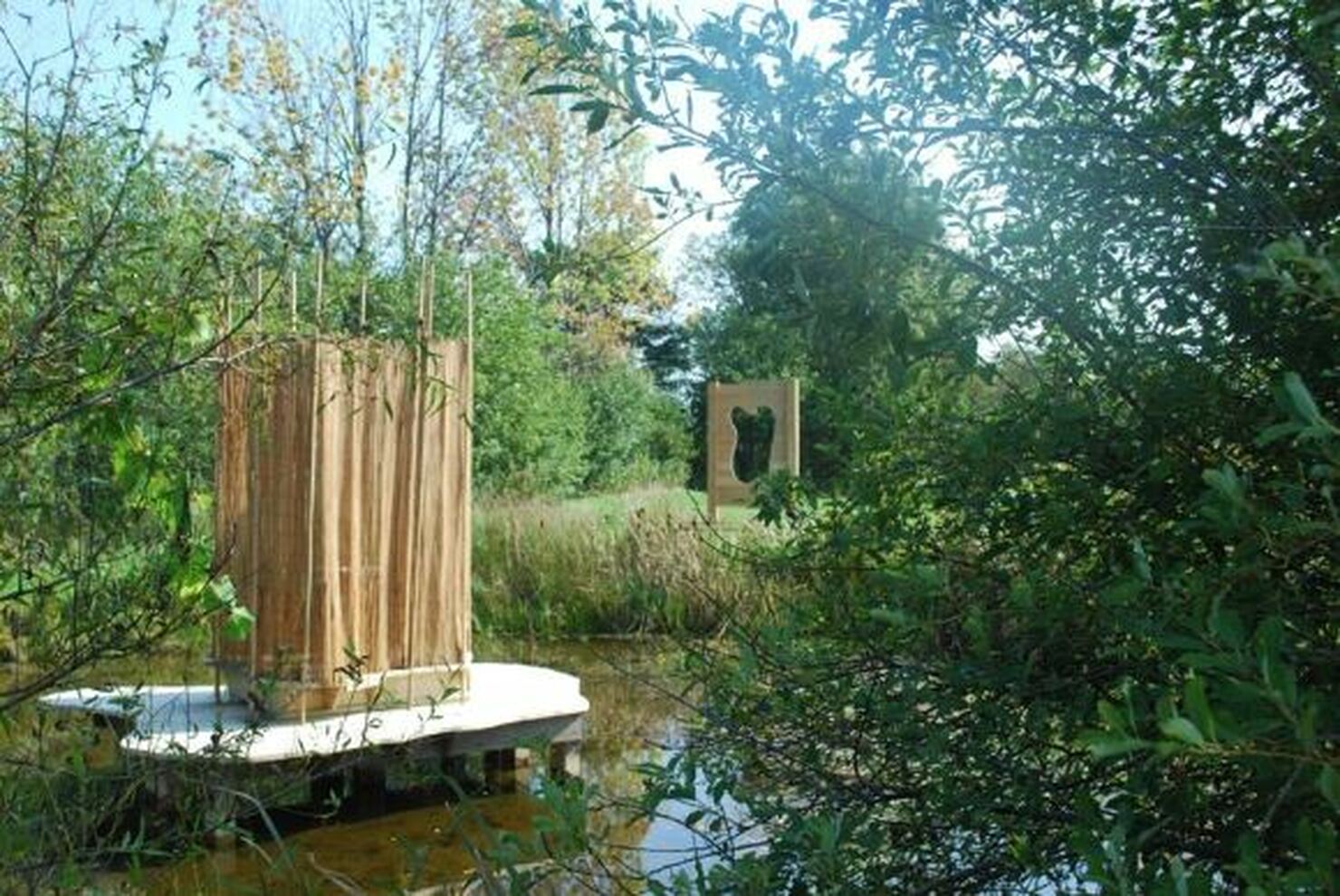 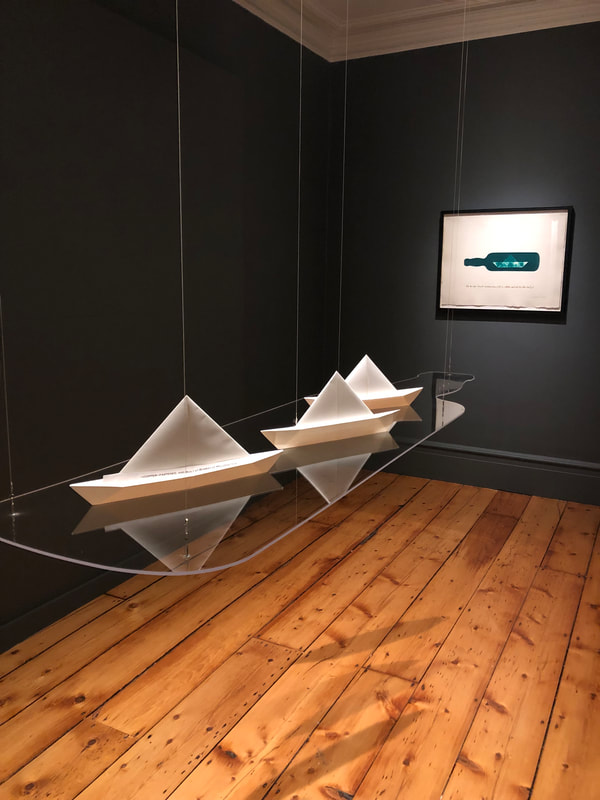 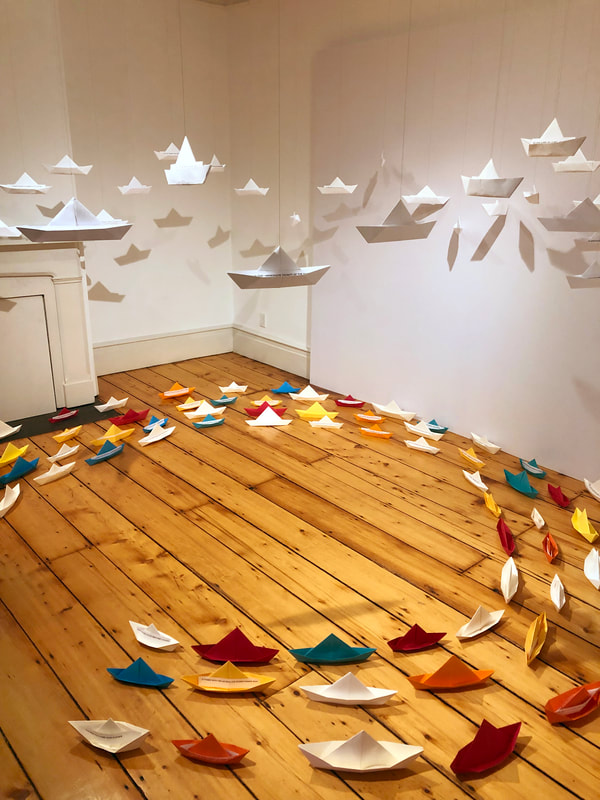 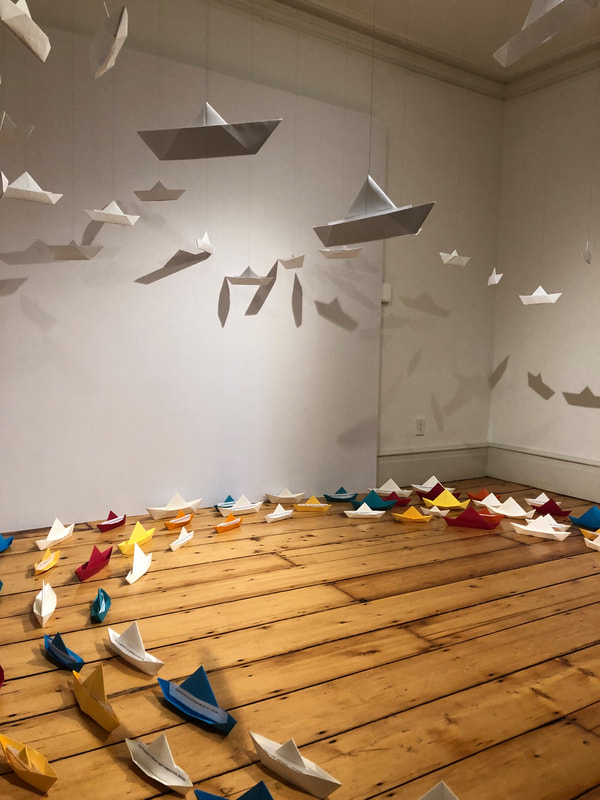 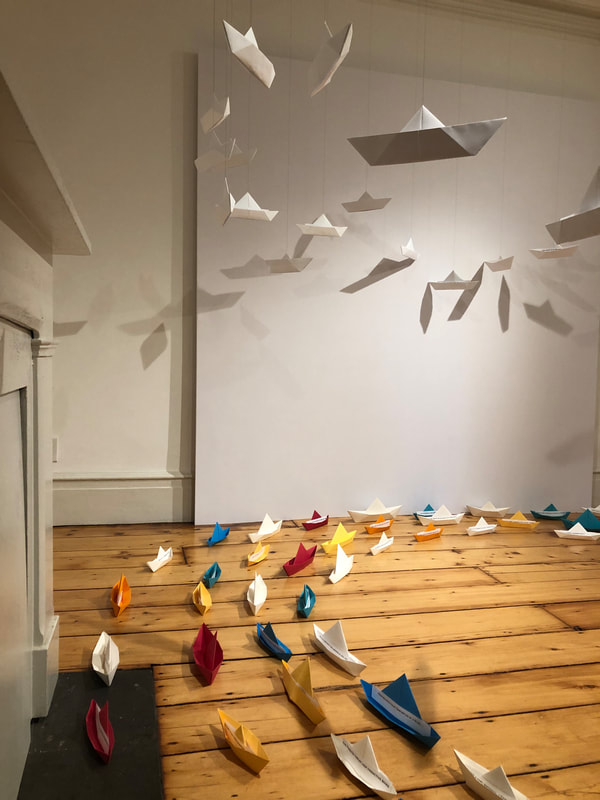