Curated by Carole Perry and Kathleen Motes Bennewitz, with Lynne Z. Bassett
This exhibition investigates how the artistic vision of Edward Hopper (1882-1967) coalesced during his youth in Nyack until he moved away in 1908, at age 26, to pursue his career in New York City. 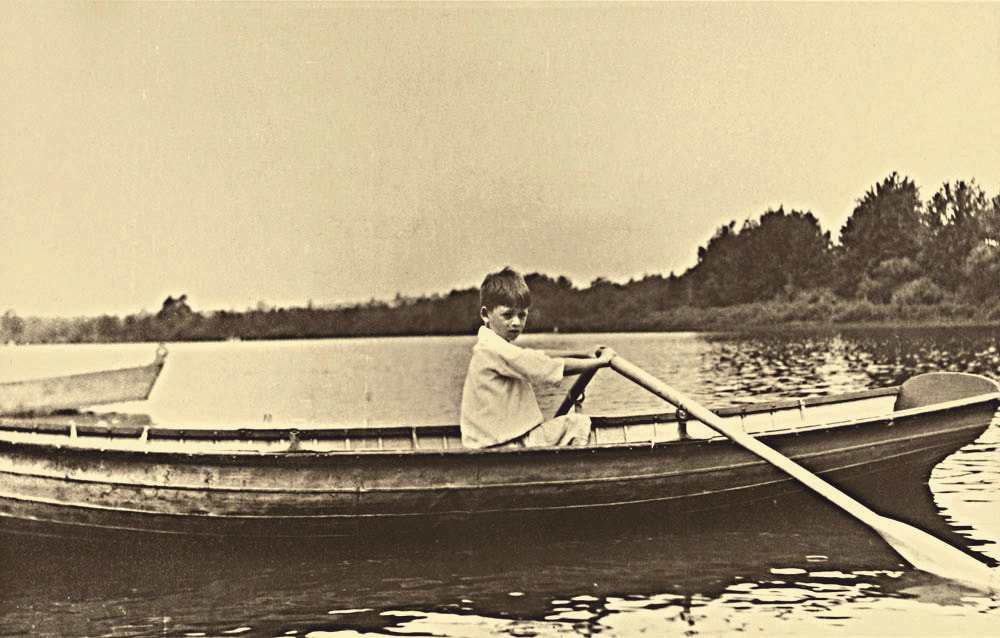 Edward Hopper as a child seated in a rowboat, New York. Silver gelatin print. The Sanborn Hopper Archive at the Whitney Museum of American Art, Frances Mulhall Achilles Library, Gift of The Arthayer R. Sanborn Hopper Collection Trust, Series: Personal Papers, Edward Hopper, Photographs
Hopper emerged as a young artist while growing up at the family home of his maternal grandparents, located a block from the Hudson River. As proclaimed in the museum’s 2011 landmark exhibition, Edward Hopper, Prelude: The Nyack Years, his hometown prepared Hopper for the credo he rigorously followed: that the aim of art “is the reproduction of the world that surrounds me by means of the world that is within me, all things being grasped, related, re-created, molded and reconstructed in a personal form and an original manner.” 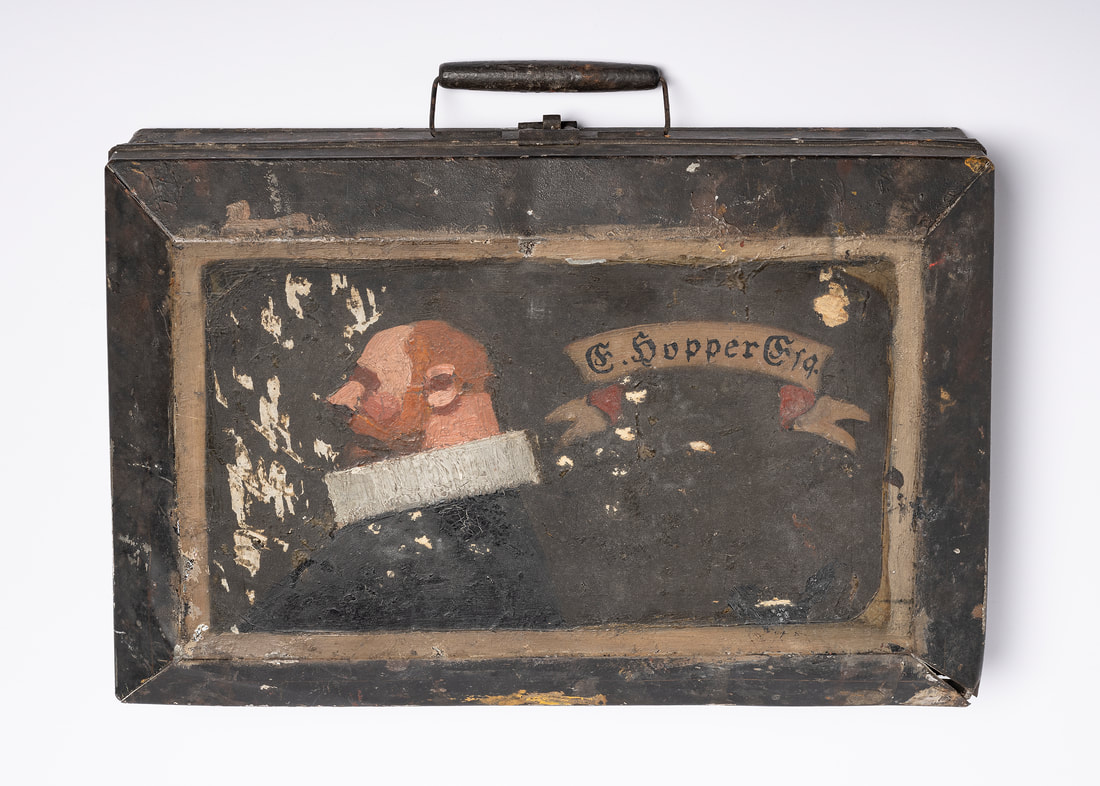 Edward Hopper's Paint Box, manufactured by F.W. Devoe. Metal (handpainted), c.1892-1895, Edward Hopper House Museum & Study Center, The Sanborn-Hopper Family Archive
In this new exhibition, on view through March 26, 2023, audiences can view the artist's childhood drawings on loan from the Whitney Museum of American Art, private collections including the Arthayer R. Sanborn Hopper Collection Trust, alongside Hopper’s school notebooks and artmaking materials and artworks by family members from the Museum’s Sanborn-Hopper Family Archive. Together, these objects provide a glimpse into Hopper’s early years, the influence of his boyhood proximity to the busy waterfront and commercial district of his hometown, and insights into his life at home and his family’s support of his developing talent and ambitions. 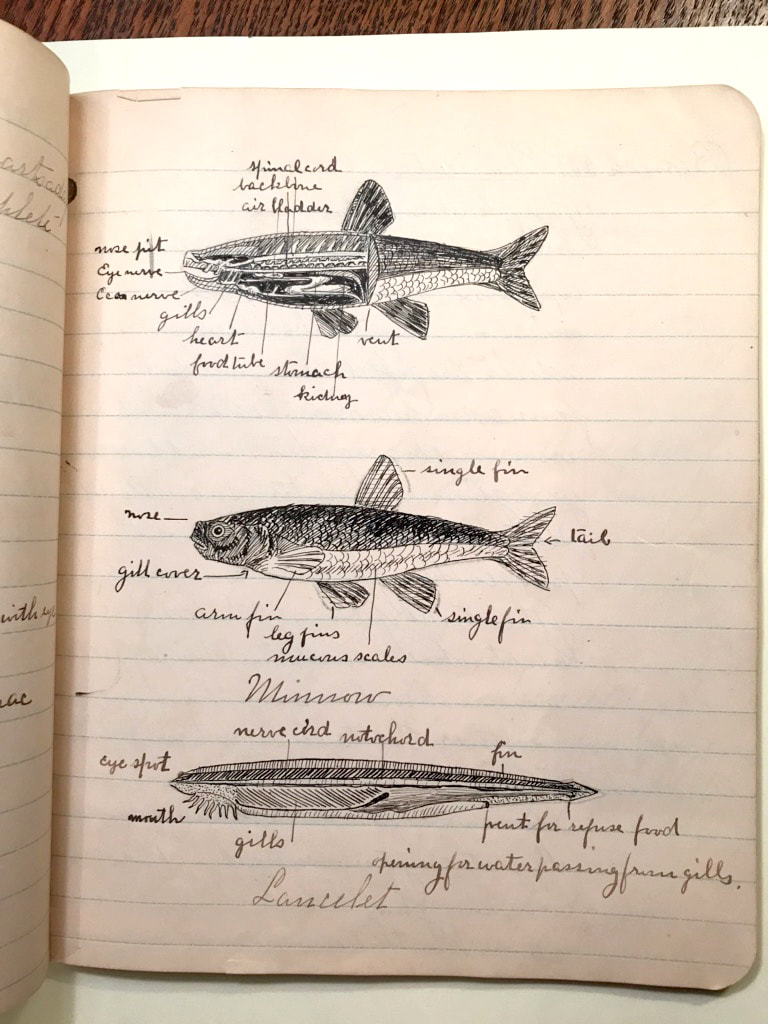 Edward Hopper, Anatomical drawings of Adult Sea-Squirt, Minnow and Lancelet, c. 1896-1899, manuscript inks, graphite, from his high school Zoology notebook, Edward Hopper House Museum & Study Center; The Sanborn-Hopper Family Archive
Today, from the front porch of the historic house where Hopper was born in 1882, one can imagine the artist looking straight down Nyack’s Second Avenue to a swath of the Hudson River dotted with boats at work and play. Inside, what is now the Edward Hopper House Museum & Study Center, is a bedroom that served as the Hopper’s first studio.

This exhibition gives audiences new insights into forces at play while Hopper grew up which helped shape his view and aesthetics, leading  him on the path to becoming one of the defining American artists of the 20th century. 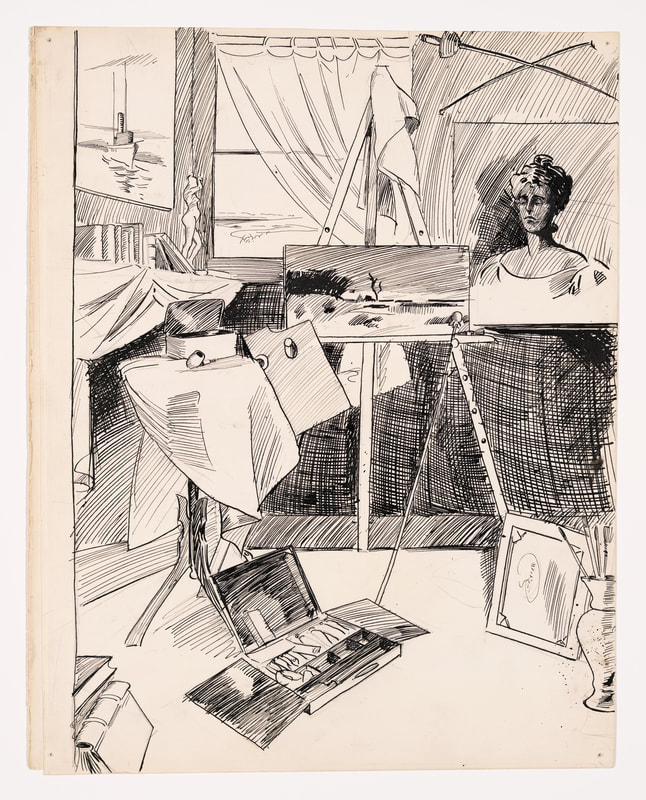 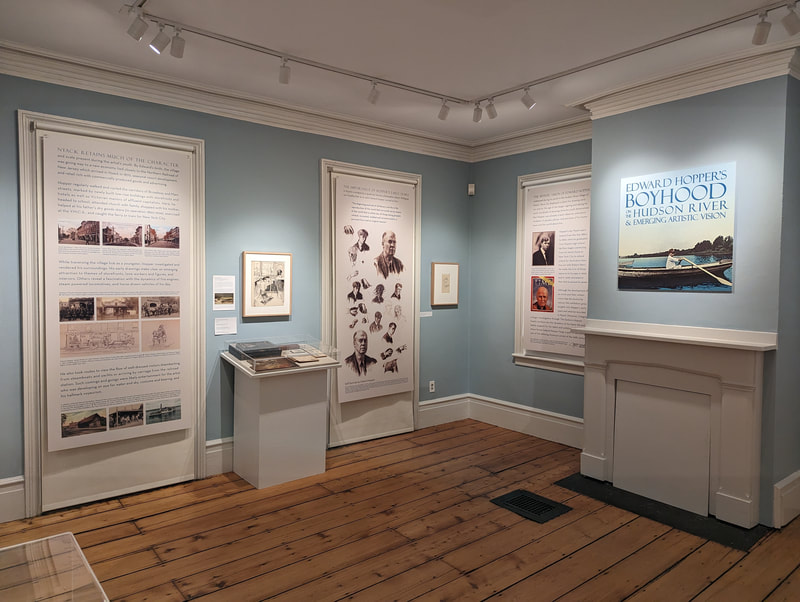 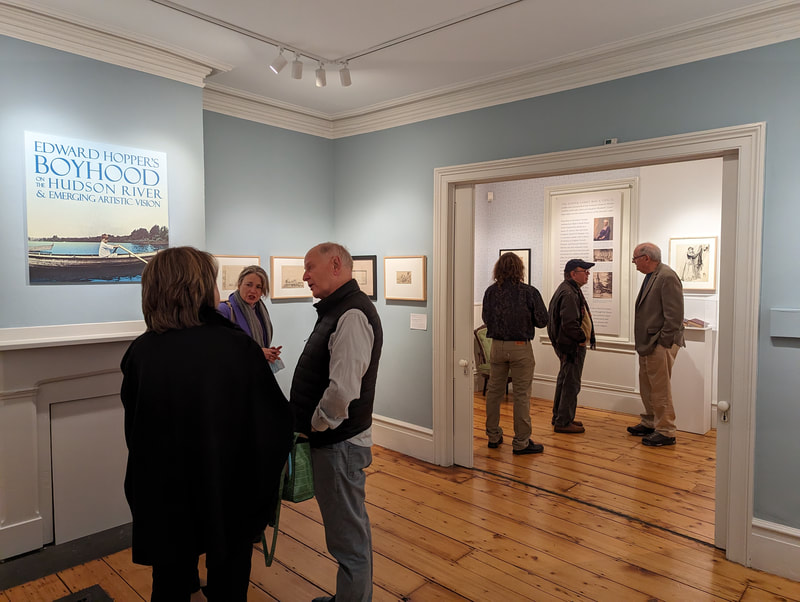 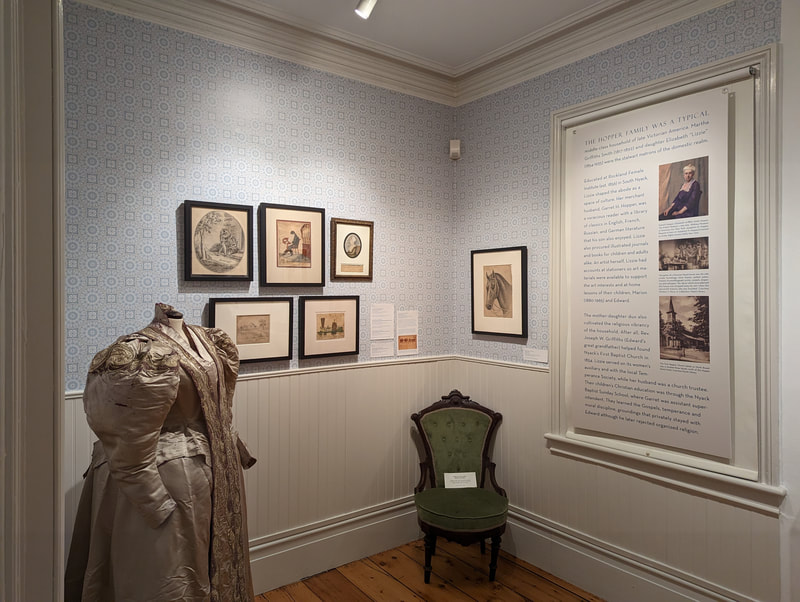 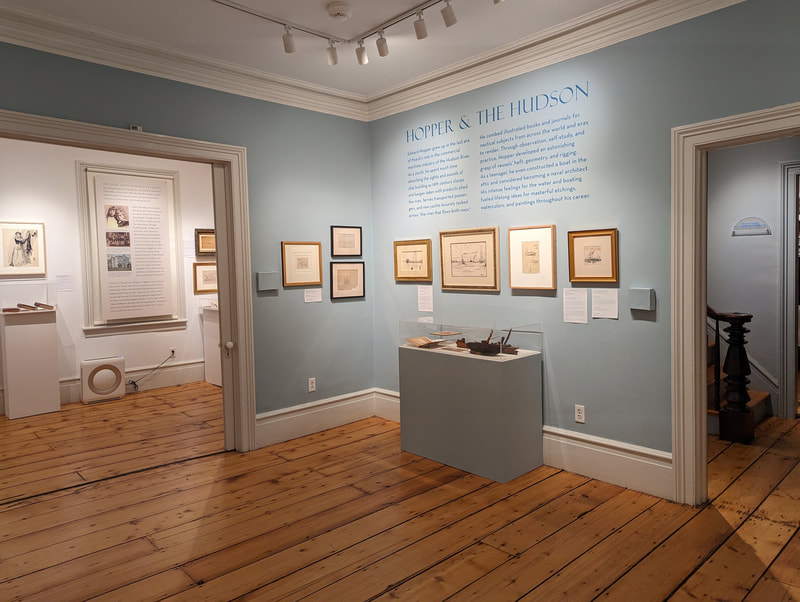 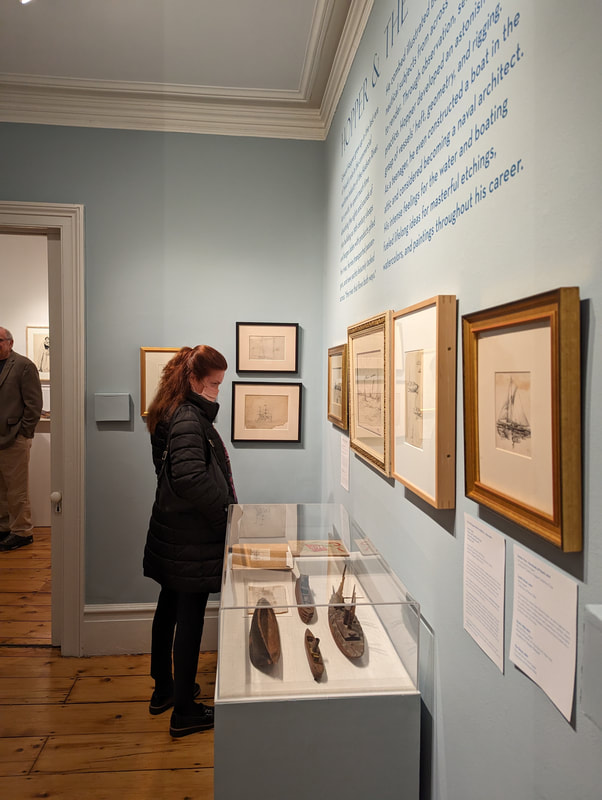 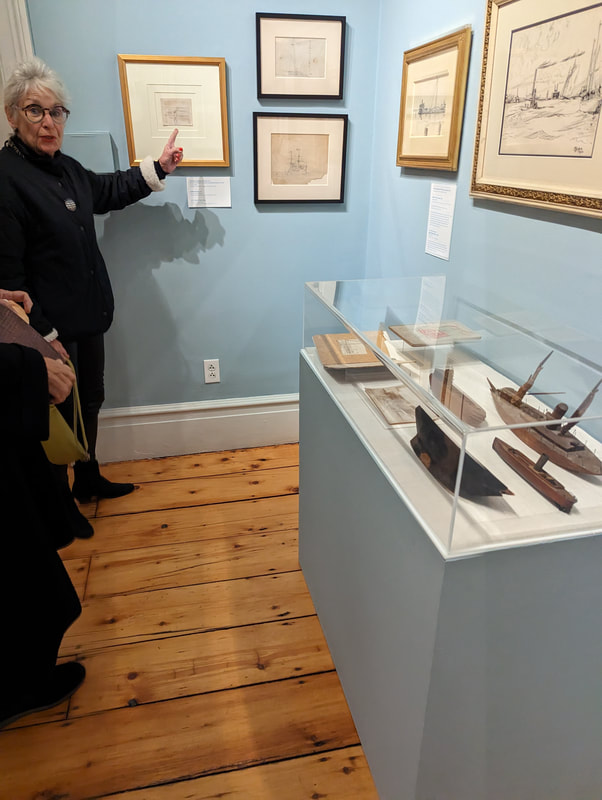 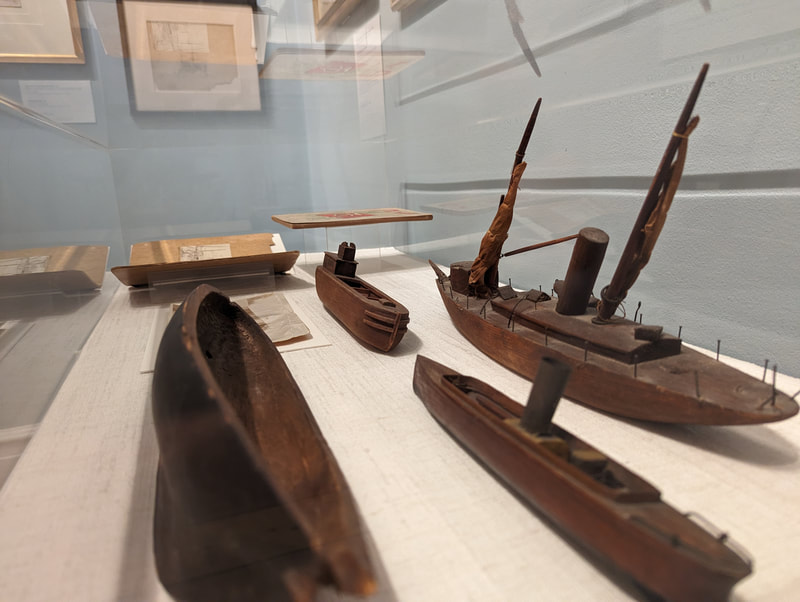 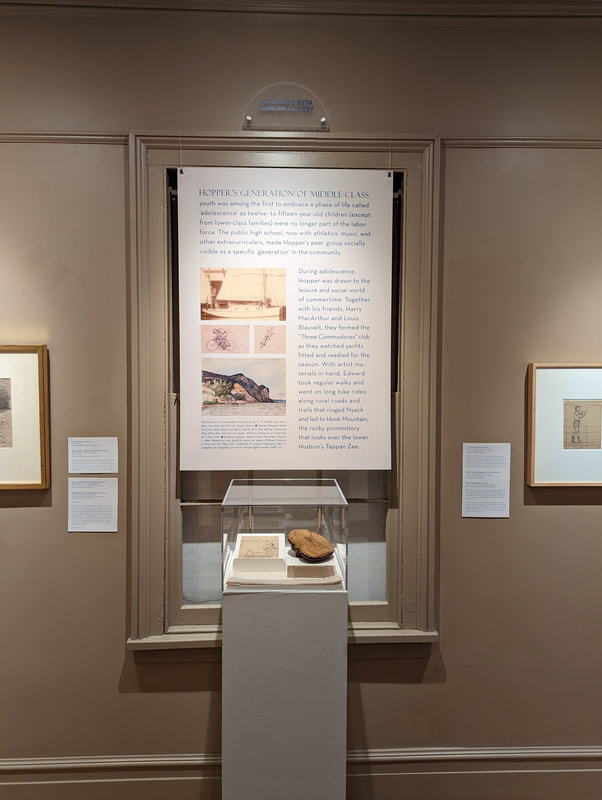 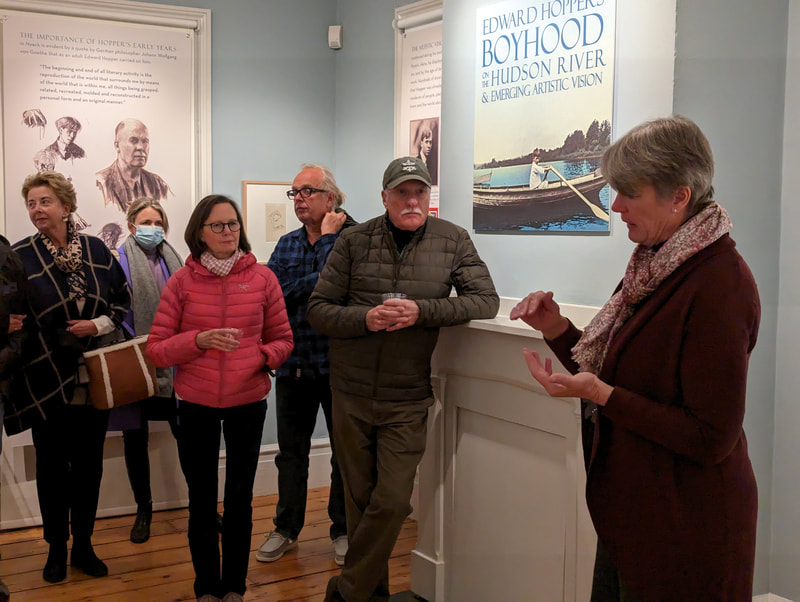 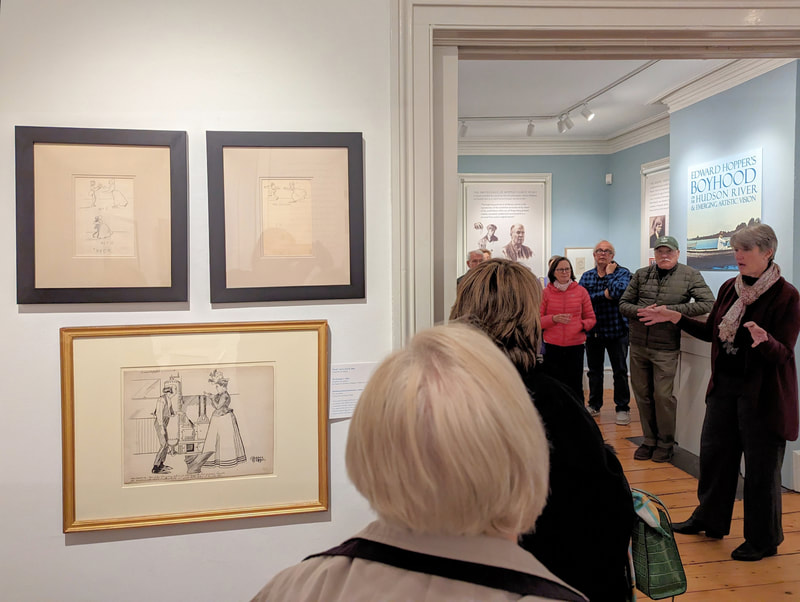 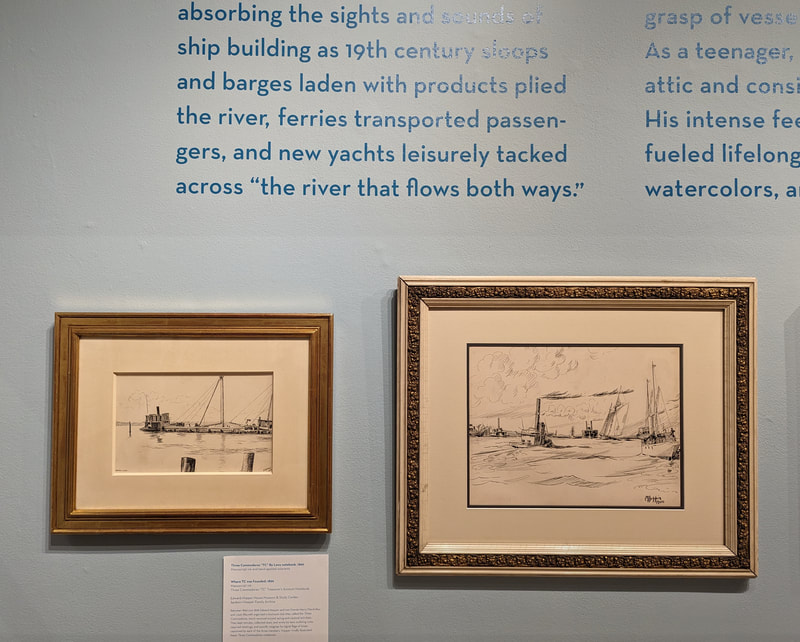 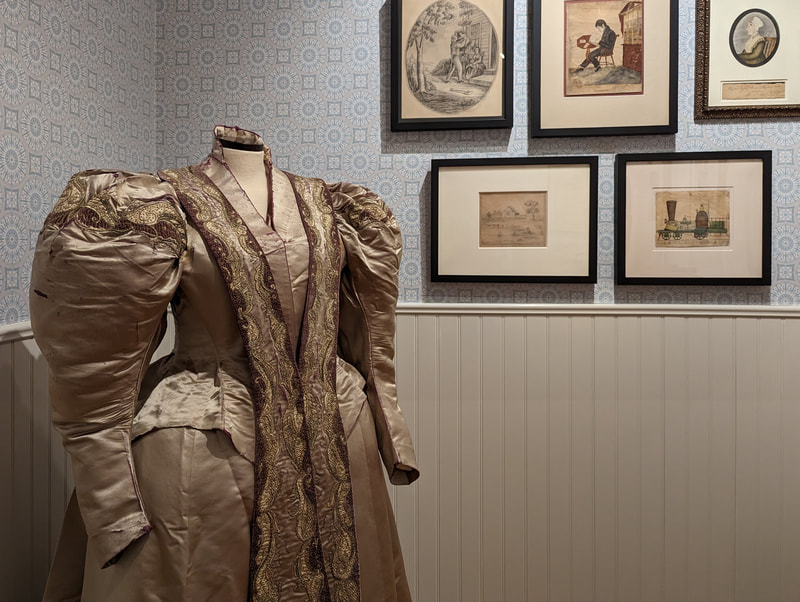 ​This exhibition is made possible, in part, by funds provided by the New York Council on the Arts and by Victoria Hertz, Elisabeth Voigt, Mary Anne Evangelist, and Robert Gundersen.