​Members Opening: March 31, 2022, 6 – 8pm
The reception is open to Museum Members by reservation via info@hopperhouse.org.
Edward Hopper House Museum & Study Center announces a new exhibition ‘Evening Wind’ by contemporary painter Liliane Tomasko (b. 1967, Zurich). The exhibition takes its title from Edward Hopper’s 1921 masterful etching of a woman who has awoken in the cross-hatched black of night, as if from a bad dream. The bed is a recurring trope that Edward Hopper (1882-1967) returned throughout his career. “This is also the central site of inspiration for Tomasko for this exhibition and an entry point for her excavations of dreams that reach towards an understanding of the very nature of being,” says exhibition curator Faye Fleming, projects director of the Sean Scully Studio in Tappan, NY. 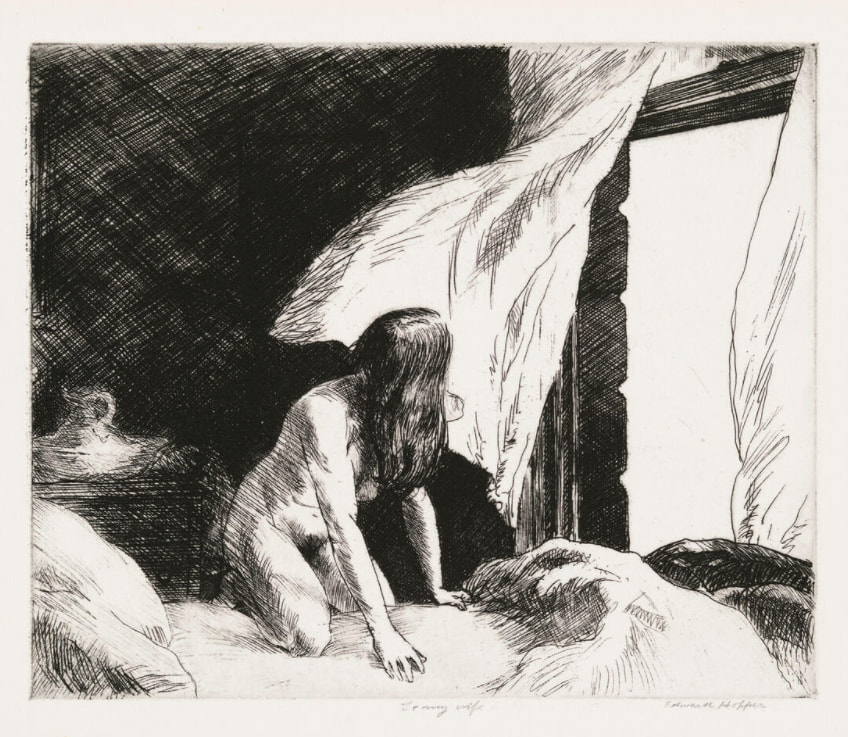 Edward Hopper, Evening Wind, 1921, Etching. Sheet: 13 3/8 × 16in. (34 × 40.6 cm) Plate: 6 7/8 × 8 1/4in. (17.5 × 21 cm). Image courtesy of Whitney Museum of American Art, New York; Josephine N. Hopper Bequest, Rights and reproductions © Heirs of Josephine N. Hopper/Licensed by Artists Rights Society (ARS), New York. Note: this etching will not be on view at the exhibition.
Artist Liliane Tomasko is creating installations throughout the Museum of approximately 40 abstract works varying in tone, media, and scale. While very different in their outward form from the paintings of Hopper, her works offer a similar exploration of self. Hopper was once asked what he was striving for in his work, and he replied, “I suppose it’s just ME.” This exploration of self is particularly vivid in his paintings of beds set in domestic or anonymous hotel interiors. In Evening Wind, Hopper lets us see the bedsheets in their tangled state, as a slept-in bed. The creases of a bed, representing a nocturnal journey as individual and as intimate as the lined whorls of a fingerprint, are also the abiding interest of Liliane Tomasko, who states:

Into sleep we descend night after night–our bodies at rest as a part of us travels into the darkness of the altered state of consciousness that is sleep. Above, in the waking reality we play out our lives, acting out our respective stories in a physical universe we are apt at manipulating but nonetheless have very limited knowledge of.
Edward Hopper House Museum's Artistic Director Carole Perry explains “Tomasko uses the entirety of Hopper’s birthplace and childhood home to show works spanning the last twenty years of her investigations into sleep and the unconscious. This site-wide installation is in keeping with her notion of the home as a place where energies coalesce in the nooks and crannies of every room, and especially Hopper’s own bedroom where he painted as a youth.”

​Hopper’s bedroom, located on the Museum’s second floor, hosts Tomasko’s early explorations. Here audiences can view a series of Polaroids from the late 1990s that record the peculiarity of the bed as it is left each morning. Also on view is a figurative painting from 2008 in which she observes a window frame in the creeping interior darkness of impending nightfall. To reinforce Tomasko’s vision, Hopper’s own bed itself is left as if slept in, the sheets left unmade. 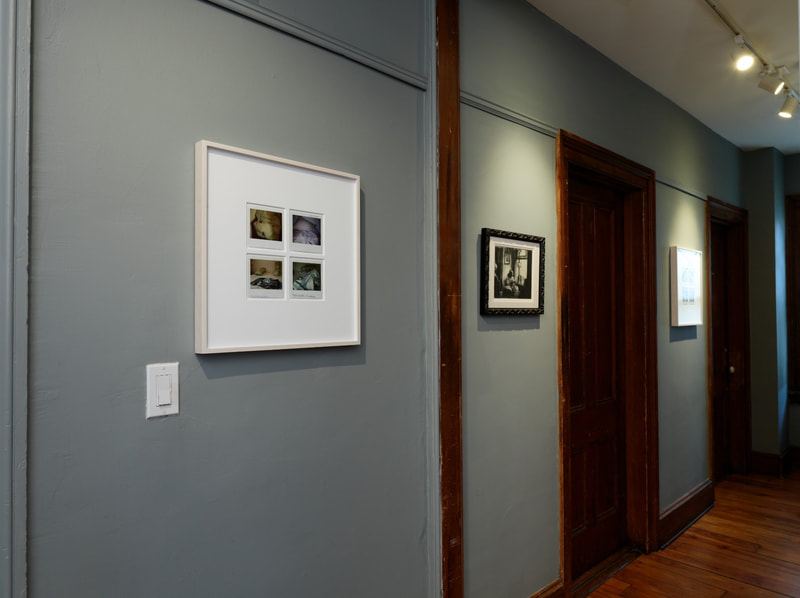 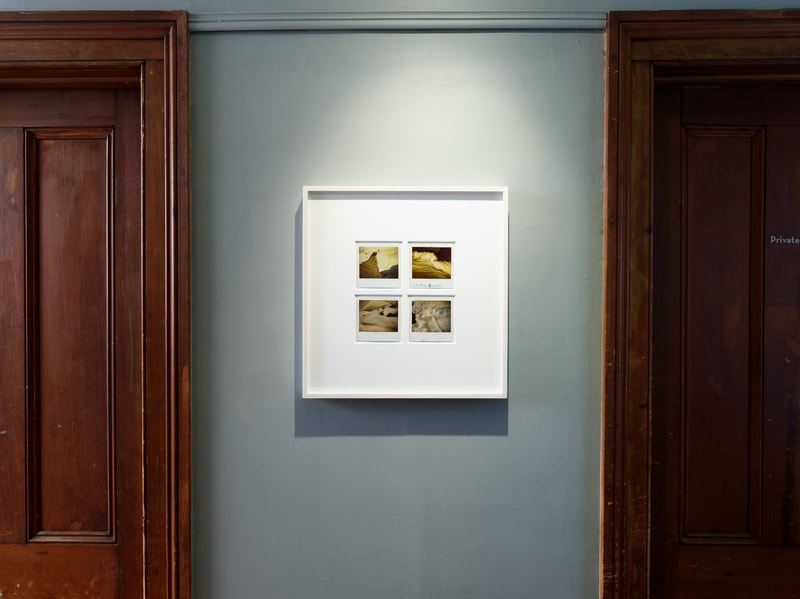 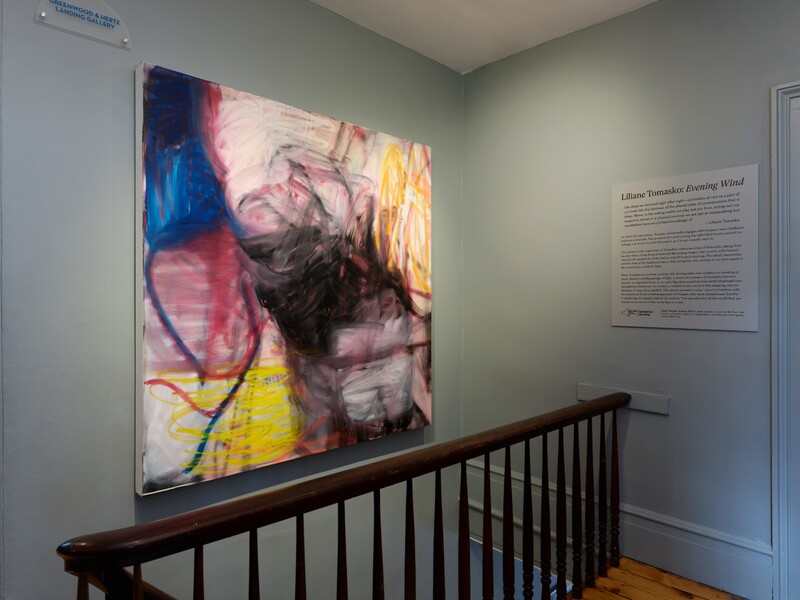 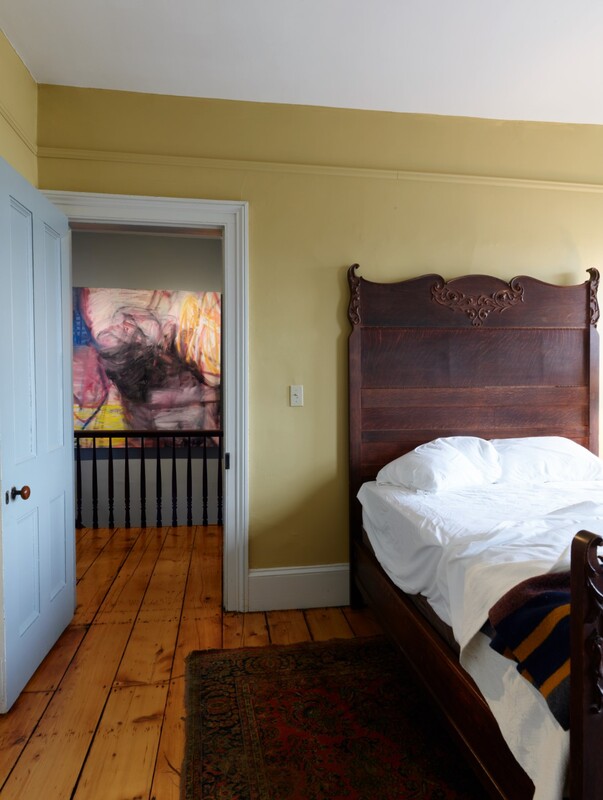 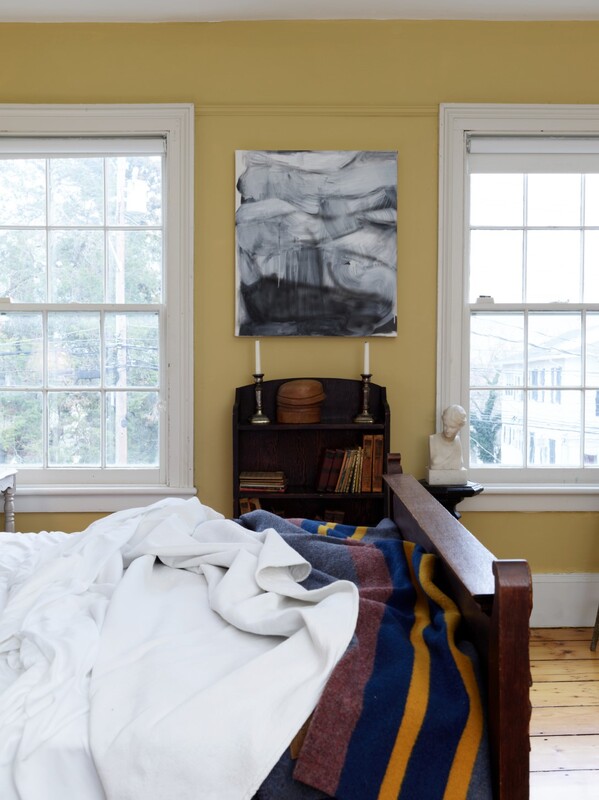 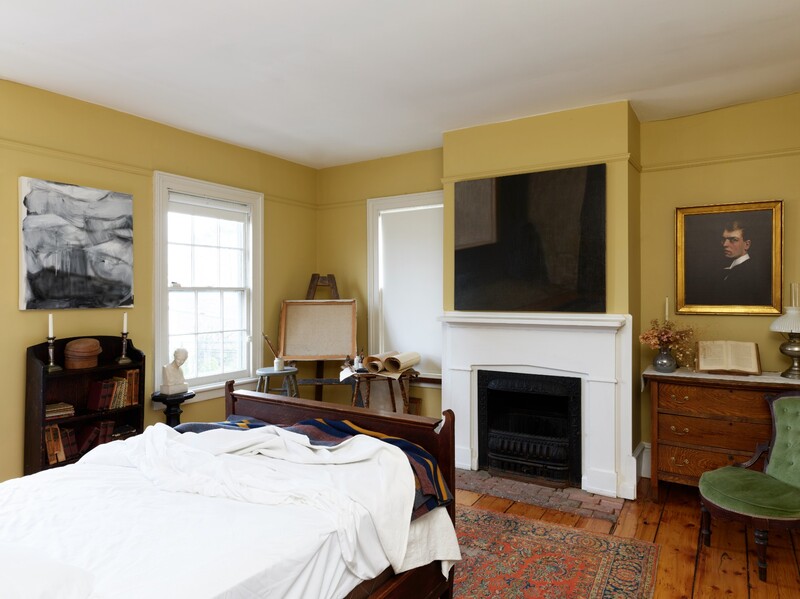 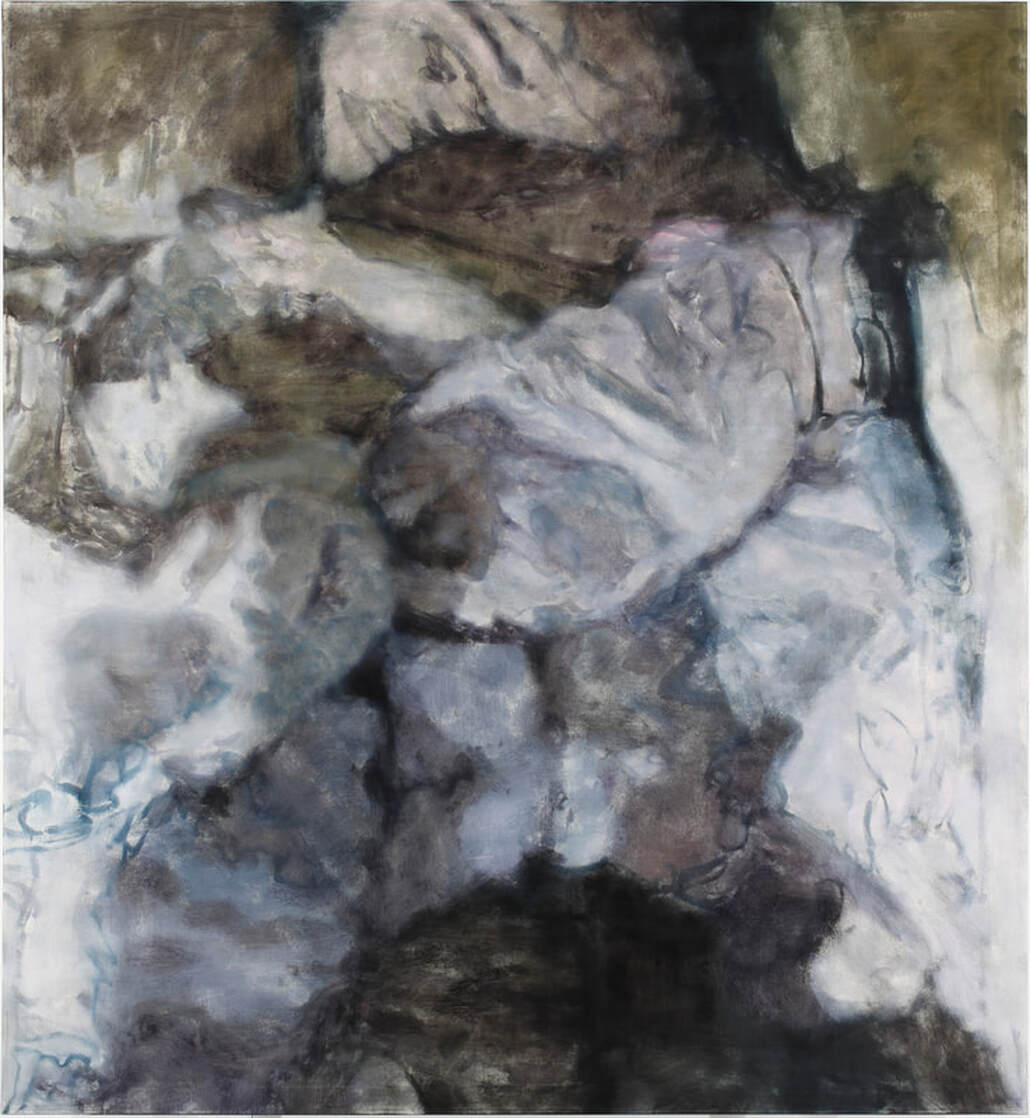 Liliane Tomasko, The Bed, 2014, Oil on linen, 76 x 70 in. © Liliane Tomasko. Photo: courtesy the artist
An important painting of Tomasko's from 2014, titled The Bed, holds the Museum’s main gallery. Sheets transform into billowing clouds that rise up from dark treacherous depths with a creeping menace, suggesting a void that the sleeper might fall into. The bed is not a safe place. A myriad of new works in oilstick on paper, a multitude of singular repositories of dream and memory, hang randomly across the rest of the walls. “Each drawing is a deeply personal response to material, in which we often see the play of the artist’s fingers where they directly engaged with the medium,’ explains Fleming. “They feel like emanations, a form of scrying, a conjuring from the rectangular blankness of a sheet of paper and the bed itself, where we dare to sleep each night.’ ​ 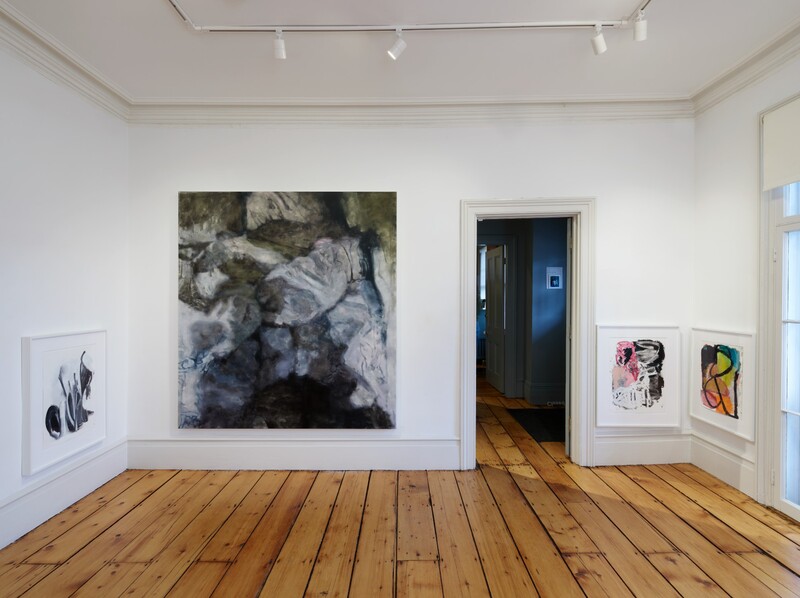 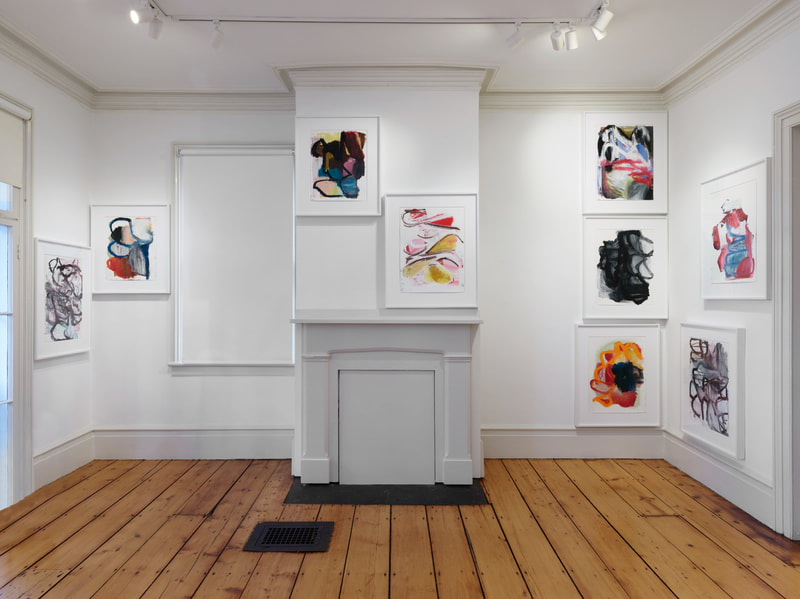 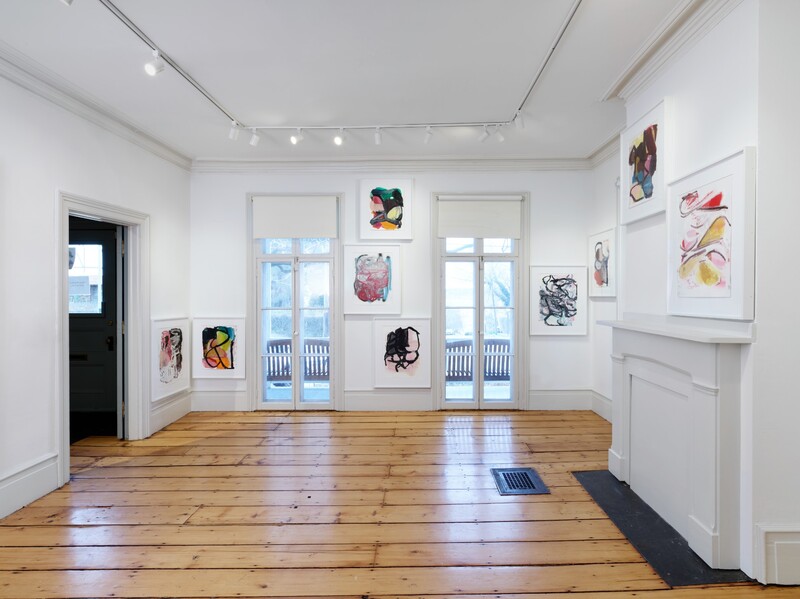 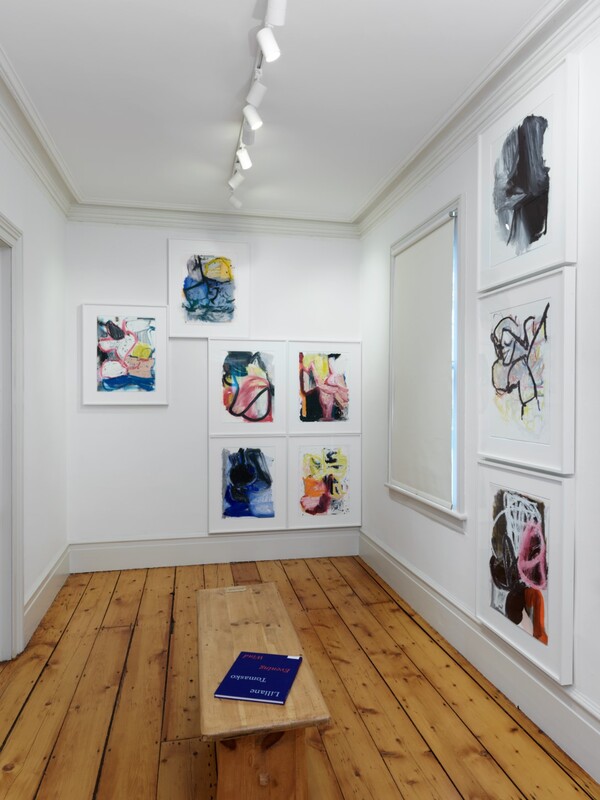 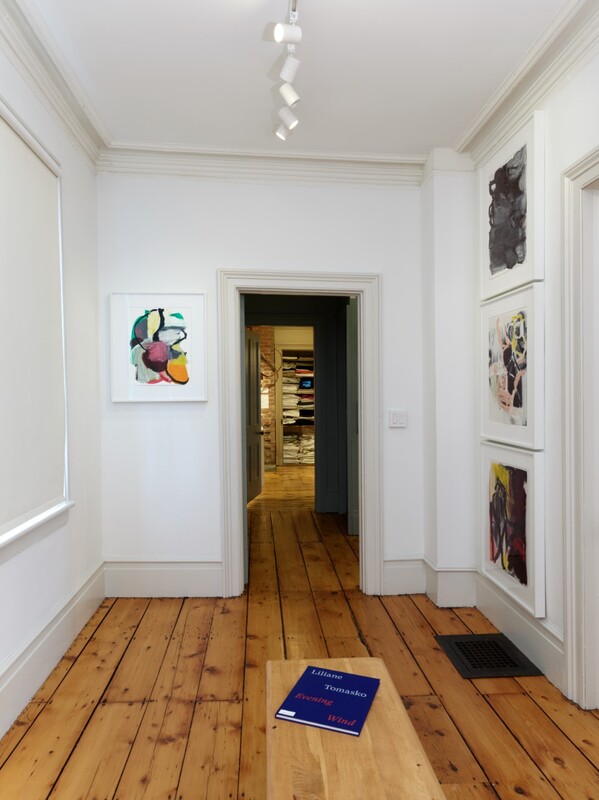 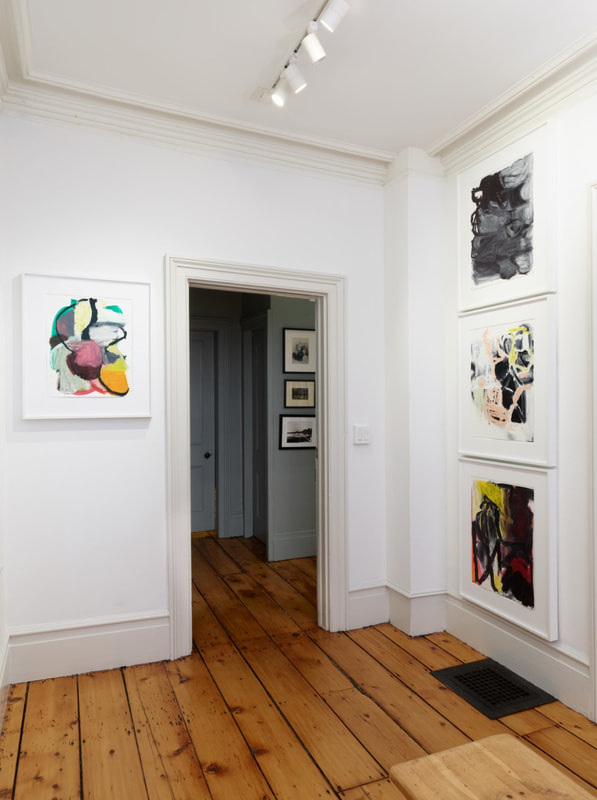 The ground floor corridor and Sanborn Gallery provide sites for Tomasko’s paintings, drawings, and video. Domestic Hymn, a 2015 video of piles of folded sheets that wriggle and stack up as if by their own volition, the domestic made uncanny, is viewed within the dark recesses of a built-in period cupboard. Small format drawings, vigorously executed in black oil pastel, sit amongst early drawings by Hopper, their profound calligraphic intensity suggesting a seepage into the unconscious. 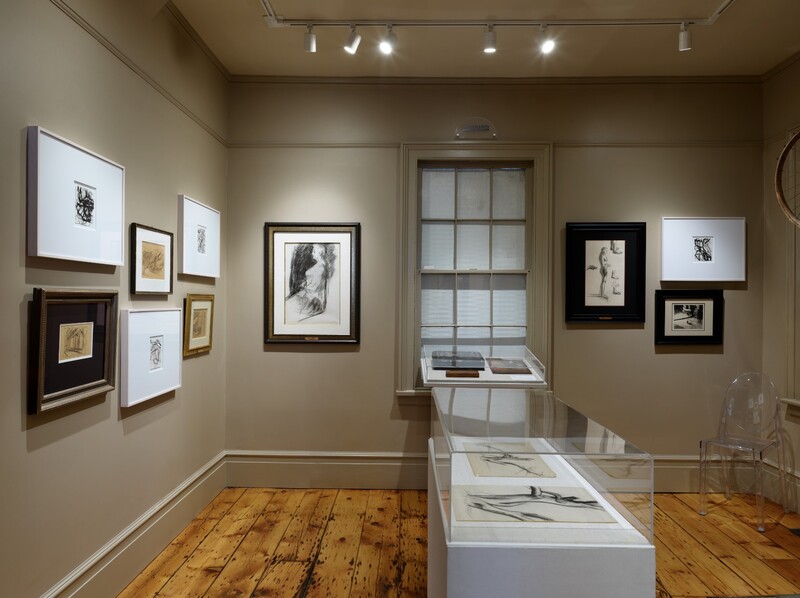 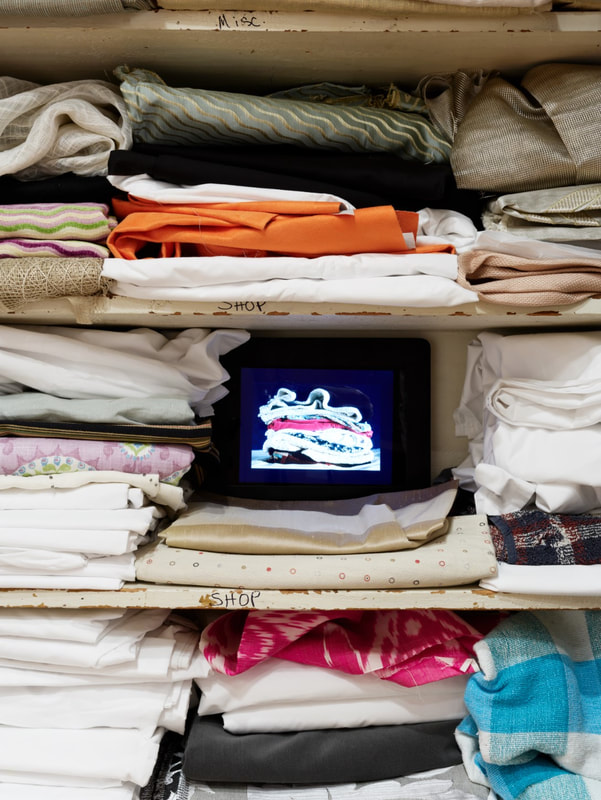 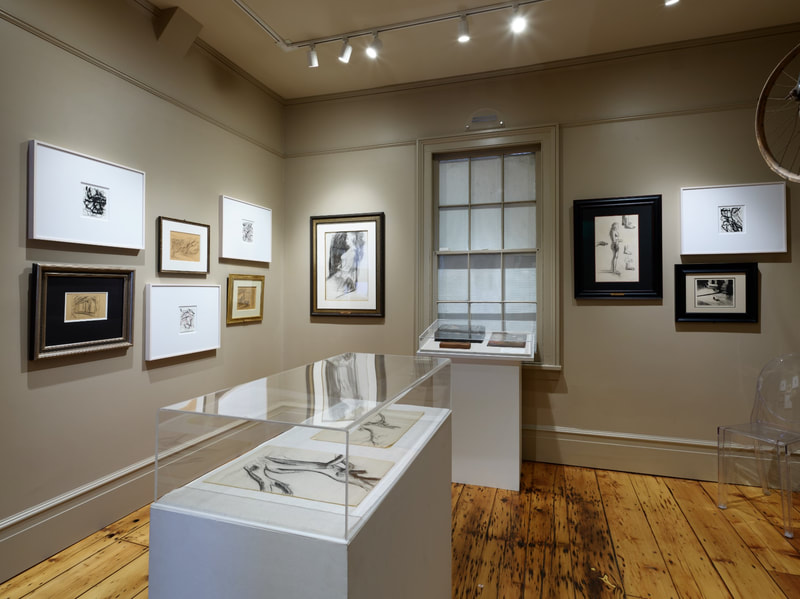 Liliane Tomasko: Evening Wind is made possible, in part, with generous support by funds provided by the New York Council on the Arts Support for Organizations and Recovery Fund grants, and by Walter Cain.

"FROM THE REAL" Print

ABOUT THE Guest CURATOR

Faye Fleming is a curator, director of projects for the artist Sean Scully, and a former gallerist. With Timothy Taylor Gallery in London, she worked closely with artists such as Fiona Rae and James Rielly, Alex Katz, Jonathan Lasker, and in particular Susan Hiller. In 2006 she moved to Geneva, Switzerland, to open Galerie Arquebuse, later Faye Fleming + Partner. The gallery focused on the careers of emerging international artists, being the first to represent Lynette Yiadom-Boakye with several solo exhibitions, and bringing to attention Athanasios Argianas, Charles Avery, Tim Braden, Ruth Claxton, Tami Ichino, Dietmar Lutz, André Niebur, DJ Simpson among others. Fleming is the co-editor of the first volume of ‘Between the Lines: Critical Writings on the Sean Scully’ (Art/Books, London, 2020) and is working on the second volume. She currently lives and works in New York.