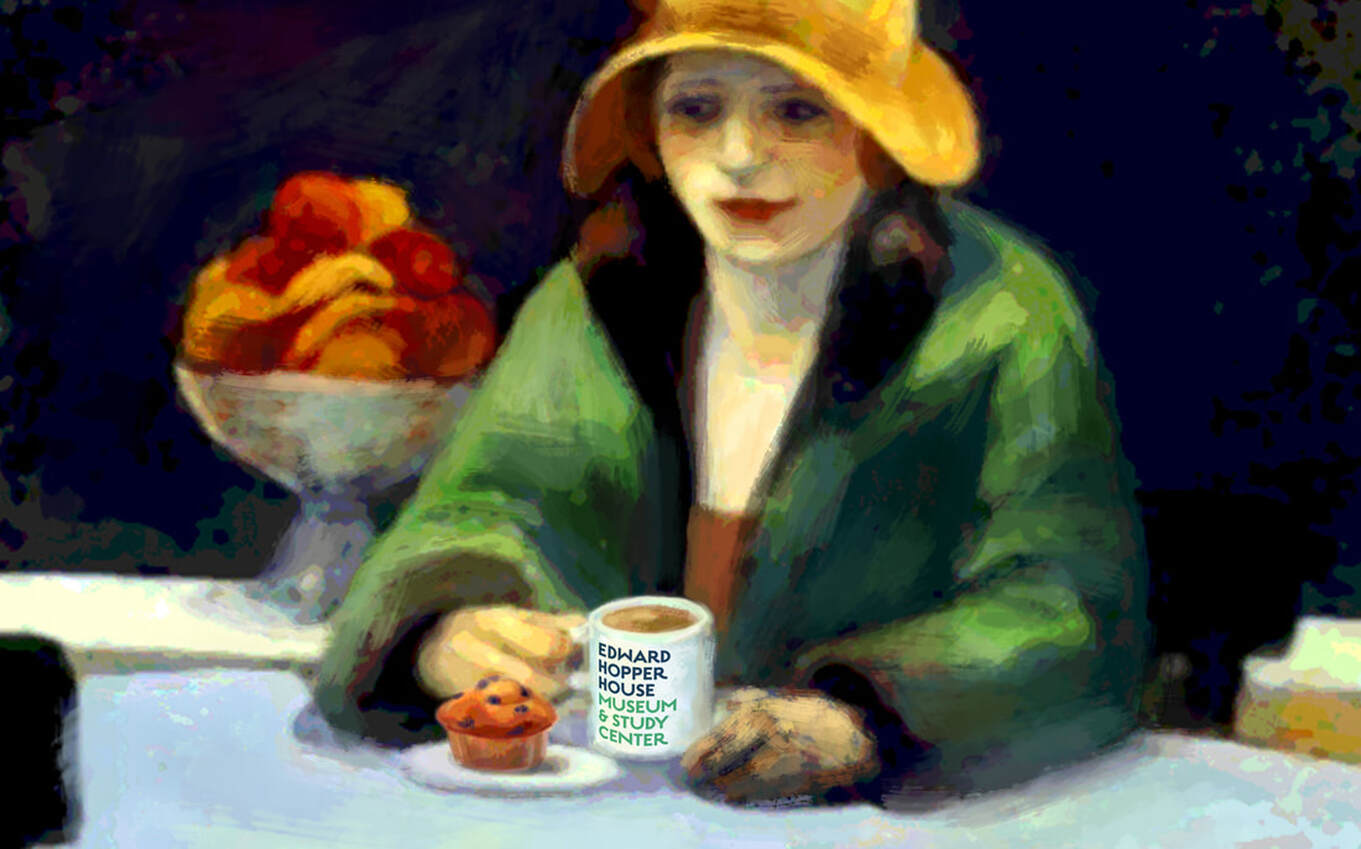 Every Last wednesday of the Month, we invite You To walk-in to the Edward Hopper House For an enjoyable CONVERSATION with coffee, PASTRIES, and art!

​FREE FOR SENIOR MEMBERS, $5 FOR NON-MEMBERS